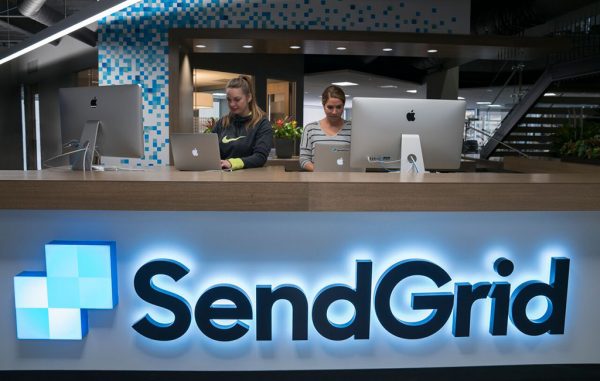 Since its inception in 2009, Denver-based SendGrid has processed more than 1 trillion emails, from Spotify promotions to Uber promo codes to Airbnb password resets.

After filing its S-1 with the SEC on Oct. 18, the email marketing firm will make its debut on the New York Stock Exchange on Wednesday when markets open at 7:30 a.m. Mountain Time.

Founded in Boulder in 2009, SendGrid graduated from accelerator program TechStars that same year. It moved its headquarters to Denver in 2016, signing a seven-year lease on 52,000 square feet at 1801 California St.

SendGrid provides companies with email delivery, marketing campaigns and services, and its customers include Spotify, Glassdoor and Deloitte. In the first six months of this year, the startup processed 210 billion emails, according to SEC filings.

Boulder-based Foundry Group has an ownership stake of 30 percent, according to the S-1 filing. Morgan Stanley and J.P. Morgan are managing the IPO.

The Boulder-born and Denver-based email marketing company is offering stock to the public for $13.50 to $15.50 per share.