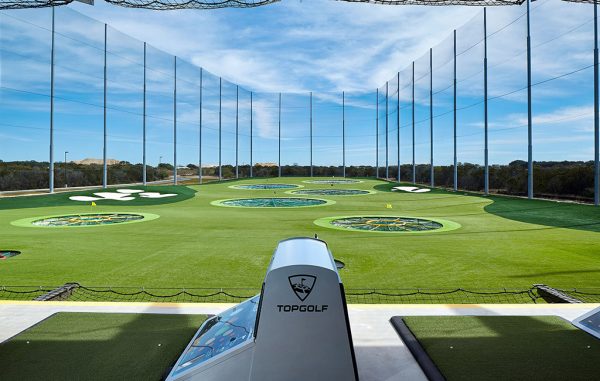 Golfers at Topgolf aim at targets that read the balls’ location. (Topgolf)

Driving range operator Topgolf has bailed on a proposed Thornton location that’s been a thorn in its side for more than a year.

Thornton city councilman Sam Nizam confirmed Topgolf notified Thornton’s economic development department this week that it no longer was pursuing a facility at 136th Avenue and Interstate 25. The news follows a second lawsuit filed last month by Lotte Radoor, a neighbor who has opposed the project.

“The second lawsuit is probably what did us in,” Nizam said. “Topgolf didn’t want to go through another lawsuit. They wanted to be a good neighbor.”

Nizam said Thornton had lured Topgolf with an economic incentives package, and while 80 percent of his ward wanted to see the range open at the site, nearby residents opposed the project. Radoor won her first case against the city after an Adams County district judge ruled the city had violated business park zoning for the Thorncreek Commons site.

In August, the city approached the neighborhood to amend the city code, which would allow a facility like Topgolf on the property. Neighbors again opposed the amendments, but the city council passed them unanimously.

Radoor fired off a second lawsuit.

“They decided not to go through the drama,” Nizam said. “They didn’t have the patience to wait.”

He said Broomfield also is trying to lure the driving range, which uses computerized golf balls that keep score, and that Topgolf still is considering property in Thornton and Westminster.

“It’s an unfortunate thing that that small group of people can stop a big project,” he said.

Topgolf did not return requests for comment. The Texas-based company opened its first Colorado location in 2015.

Golfers at Topgolf aim at targets that read the balls’ location. (Topgolf)

The news follows a second lawsuit filed last month by a neighbor who, along with other nearby residents, has opposed the project.

There’s a ton of land in Northfield that Topgolf would be perfect for.

The basis for these lawsuits is that the plaintiff claims her child has sensory issues and that there would be noise coming from the facility that would disturb her child, yet the neighborhood in question is right next to I-25, which has traffic 24/7, which creates more noise than a top golf facility would.

So instead they get to look at a Kum and Go gas station that is almost completed. Those people are crybabies. Something will get built there and I hope it wipes out their views completely. They already back up to I 25. City of Thornton shouldn’t suffer because they made a poor decision to pay huge lot premiums to back up to commercial development land and the Interstate.