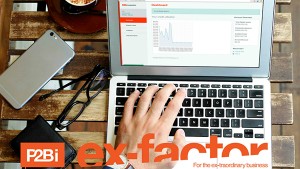 Local Denver alternative lender P2Binvestor (P2Bi) has stashed away another $2.1 million, according to SEC filings from Oct. 20.

“It’s basically to get us cash flow positive,” said CEO Krista Morgan. “It was mainly to give our bank partners comfort in working with us. It helps them to know we’re able to show a strong financial position.”

The interest rate for a P2Bi loan typically ranges between 15 and 18 percent, while P2Bi pays back investors between eight and 14 percent interest, Morgan said.

On its website, P2Bi lists Boulder-based Bhakti Chai as one of its clients, and Morgan said many P2Bi borrowers are Colorado companies in the health food sector.

P2Bi, which employs 25, was founded in 2012 and landed a $50 million loan last year, followed by a $5.1 million raise led by the Rockies Venture Club two months later, BusinessDen reported.

P2Bi lends money to businesses that are based in the United States and makes at least $500,000 per year in revenue. Businesses can receive loans ranging in price from $250,000 to $5 million through P2Bi, which boasts a 10-day turnaround for companies getting this financing.

In addition to P2Bi, other companies including California-based BlueVine and Denver-based OnDeck provide loans to businesses, but Morgan said their loans are smaller than $250,000.

P2Bi has raised at least $13 million since 2013, according to SEC filings.

“It’s basically to get us cash flow positive,” said CEO Krista Morgan. “It was mainly to give our bank partners comfort in working with us. It helps them to know we’re able to show a strong financial position.”