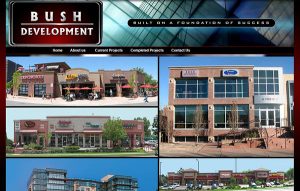 Eric H. Bush, a 49-year-old from Greenwood Village, died of a self-inflicted gunshot wound Oct. 7, according to the Arapahoe County Coroner’s Office.

Bush founded Bush Development in 1992 and spent much of his career building self-storage facilities and small retail centers along the Front Range.

In the late 2000s, he assembled a high-profile corner in Cherry Creek across from the mall. But he ran into trouble on his biggest development attempt after turning to alternative means of financing and filed for bankruptcy protection three times.

Jeff Wittebort, a lawyer who worked for Bush, said he was “very, very successful” for years, but encountered headwinds when the recession struck.

“Basically it was due to the economic conditions after 2008,” Wittebort said of Bush’s legal troubles. “Commercial development couldn’t get financing.”

Wittebort said he was shocked at Bush’s death, but thinks Bush’s financial and legal troubles, as well as a recent separation from his wife, played a role.

He said Bush dropped out of college to focus on entrepreneurship.

A bio on the former website of his company defined Bush “as an entrepreneur, period.” It said he helped orchestrate the turnaround of an unnamed telecom company in 1991 before moving back to Colorado “to take advantage of the promising real estate market.”

According to the website, Bush Development projects include the Ulster Terrace retail center at 4955 S. Ulster St. in Denver, the Shoppes on Academy retail center at 7252 Academy Blvd. N. in Colorado Springs and a self-storage facility at 6150 Leetsdale Drive in Denver.

Bush once spoke of a willingness “to build self-storage on the moon.” In 2007 he told the Denver Business Journal that, during the mid-1990s, he was building custom homes in the region when he learned there was a waiting list for self-storage units in the foothills.

Bush had said he spent $480,000 to develop a self-storage facility near Evergreen, and sold it 18 months later for $1.65 million – a profit comparable to selling 25 custom homes.

Bush’s plans to redevelop the corner of East First Avenue and Steele Street in Cherry Creek were unveiled at the end of 2010. The Denver Post reported that Bush wanted to construct a 528,000-square-foot mixed-use building, which would include a hotel.

The Post reported that he had launched a private equity firm to raise money.

“We decided that we’ve got the tenants, and if the banks aren’t lending, we’ll just go ahead and raise the money,” Bush told the Post in 2010.

Today, 3222 E. First Ave. is one of the city’s swankiest addresses. The building onsite, however, wasn’t developed by Bush – he sold the property in 2012 to Denver’s BMC Investments for around $16 million.

Earlier this month, BMC sold the luxury apartment building it constructed on the site for a record per-unit price.

Federal court records show that Bush filed Chapter 7 bankruptcy in March 2013 and May 2014, each time listing less than $50,000 in assets and liabilities between $1 million and $10 million.

Bush filed bankruptcy again in July this year, listing the same range of liabilities but also assets between $1 million and $10 million.

The developer also tussled in court over other real estate disputes.

In December 2016, Nevada-based Crosscheck LLC sued Bush and associated entities in connection with his attempt to separately develop 5400 Monroe St. and 5844 Dahlia St. in Commerce City. Crosscheck was an investor in both projects, and also loaned Bush’s companies millions of dollars.

Crosscheck said in the lawsuit that, months after investing, it discovered a half-dozen entities it was unfamiliar with that claimed to also have a membership stake in the project. The company alleged Bush used and misappropriated funds “for his own personal use and gain.”

In October 2015, Bush was sued by Shames Makovsky Realty in connection with the 5400 Monroe project. The firm said he purchased 10.1 acres at the address in 2014, and tapped Shames Makovsky to find tenants for the four large greenhouses on site.

Shames Makovsky said it found tenants, but that Bush failed to pay the firm its commission. Bush ultimately agreed to pay a $225,000 in a judgment in 2016, but Shames Makovsky sued him again this past March, alleging he failed to comply with post-judgment discovery efforts and had transferred assets to avoid paying the judgement.

Bush hasn’t only been a defendant in the courtroom. In December 2015, he sued individuals and entities he said agreed to partner with him to develop 2240 S. Xanadu Way in Aurora. He alleged the companies breached a contract after Bush invested time and money in the project.

Despite the court appearances, Wittebort, who knew Bush for more than 30 years, said he had been under the impression that his colleague and friend “was doing better” in recent months. He said Bush spoke of having another deal to build a storage facility and seemed “optimistic he could dig his way out” with one big project.

Wells said Bush was generous during his boom years, sometimes giving brokers a slice of a project’s equity in addition to their commission, and enjoyed the attention and relationships that came with it. Then things went south, and he was no longer the guy making everyone money.

Wells, now a Boulder-based life coach and business consultant, said he was among the investors who lost money in Bush’s Cherry Creek plans.

“By the time it was done, he was just crushed,” Wells said. 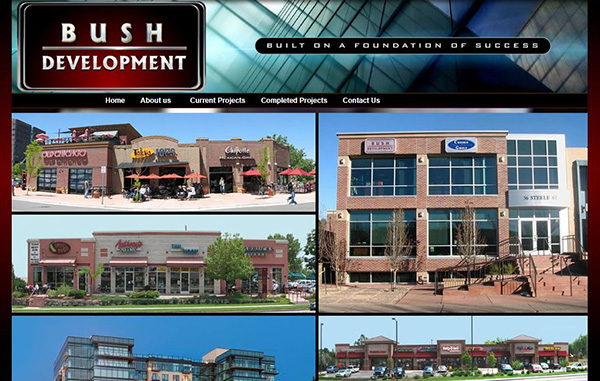