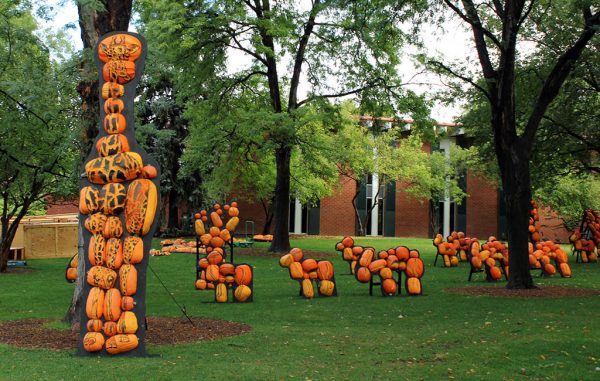 Opera Colorado: The opera company is packing up to move to Englewood. For the last 30 years Opera Colorado has held rehearsals in the Ellie Caulkins Opera House or in other spaces around the Denver Performing Arts Complex. The nonprofit’s administrative offices were located in the Belcaro Neighborhood on South Colorado Boulevard in a 4,800-square-foot building. Its new building at 4121 S. Navajo St. in Englewood is 7,000 square feet and will have room for both the administrative staff and a rehearsal space. The nonprofit signed a 10-year lease on the building and is planning to move in November after tenant improvements are completed.

Face It Together: The South Dakota-based nonprofit first announced an expansion into Denver last year after a grant from the Daniels Fund, a Colorado philanthropy foundation. The organization runs programming and local centers to fight drug and alcohol addiction, particularly in youths. On Sept. 27, Face It Together announced that the Daniels Fund had given the organization a grant for $1.2 million over three years. The grant will help build three coaching centers, with the first opening next year.

Energy Outreach Colorado: On Tuesday Energy Outreach announced that low-income families in the state were eligible to apply for bill-payment assistance through $7.7 million worth of funding. The funds will be distributed over the next year. Last year, the nonprofit helped 16,000 Coloradans with energy bills with $5.8 million in funding. Energy Outreach gains funding through individual and organizational donors.

Denver Art Museum: On Sept. 21, the DAM announced that an exhibit on French fashion designer Dior would head to Colorado for its U.S. debut. “Dior: From Paris to the World” examines the company’s 70-year history and designers who led it. The exhibit will open in November 2018.

Denver Zoo: On Sept. 28 the Denver Zoo installed pumpkin sculptures in the shapes of animals and dinosaurs for its new “Dinos! After Dark” and “Boo at the Zoo” events. The sculptures are made of artificial pumpkins with carvings that light up at night. The zoo will host evening events similar to its long-running “Zoo Lights” event held during the holidays. Adult-only events will feature a beer garden with taster tickets available for $25. Events will be held through the end of October, and the exhibit will end after Halloween.

Last month, the Denver Zoo also announced its Nurturing Science through Nature Play program was given the Significant Achievement in Education Award by the Association of Zoos and Aquariums. The program works with 126 students ages 3-5 through the Clayton Early Learning and Mile High Early Learning programs, and teaches underserved children science skills at the zoo. 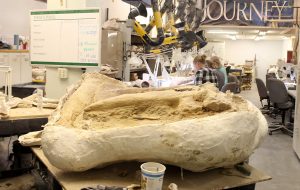 The triceratops discovered in Thornton is at the Denver Museum of Nature and Science lab. (Kailyn Lamb)

Denver Museum of Nature and Science: “Ultimate Dinosaurs” will open at the DMNS on Oct. 6. The exhibit features dinosaurs from the southern hemisphere that have been discovered in the last 30 years, including a fossil from Antarctica. In addition to fossils, it will have life-size videos of the animals and augmented-reality features to see what the fossils would have looked like with skin and feathers.

The exhibit is included in admission and will run through Jan. 15. The new Thornton triceratops will not be included in the exhibit, but guests can visit the fossil lab at DMNS to see it.

Wings Over the Rockies Air and Space Museum: On Oct. 1, Wings Over the Rockies opened the “Be the Astronaut” exhibit. The interactive exhibit was developed with NASA’s Langley Research Facility and explores aspects of outer space. Part of the exhibit lets guests virtually control spacecrafts. It will be on display through April 15.

Colorado Business Committee for the Arts: CBCA is accepting nominations for the 2018 Business for the Arts Awards. Nominations are due Nov. 10, and winners will be announced the following month. CBCA will host a luncheon March 13 at the Seawell Grand Ballroom at the Performing Arts Complex.

City Year: The children’s education nonprofit is bringing in 200 volunteers from AT&T on Oct. 13 to work on community projects at Cheltenham Elementary School in Denver. The program is being done through City Year’s Care Force program.

Denver Arts Week: The annual event celebrating the arts will feature more than 300 events from Nov. 3-11 at museums and galleries citywide. 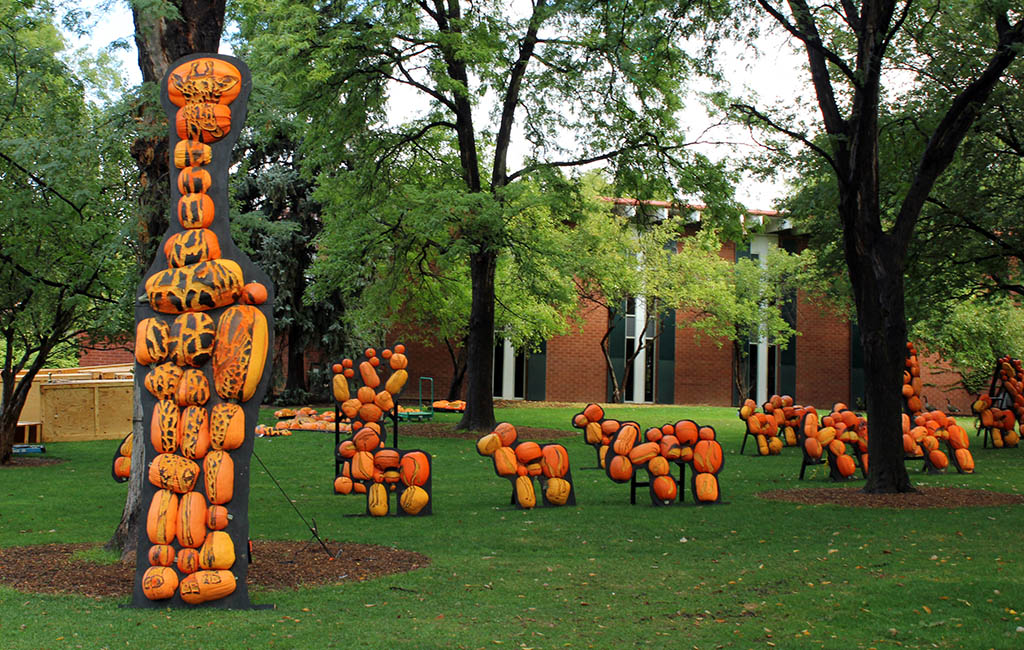