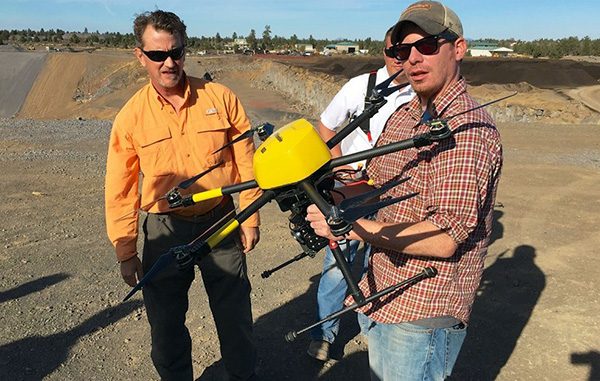 Trimble instructors with one of the drones. Juniper is hiring 24 full-time pilots to operate its fleet. (Juniper Unmanned)

It’s a bird. It’s a plane. It’s Jeff Cozart and his drone pilots.

He said most companies don’t have the expertise to fly drones themselves. Juniper Unmanned is ready to start providing around-the-clock service for drone operations, including the manpower to fly them.

“The funding will be used for hiring remote pilots and a sales team for construction (projects),” Cozart said, adding that Juniper currently has 15 employees. “This next round we’re doing, we’ll probably double that in size.”

“There are a lot of people (who) thought they could make a business out of purchasing a drone,” Cozart said. “Those people are not making enough money to support themselves … this offers them a sustainable career.”

The firm’s newest client in need of remote drone pilots is CDOT. Last week, Juniper was awarded a contract from the department to use drones and its sensory technology to survey 42 stretches of highway prone to rock falls.

“We can actually use the drones to predict areas most likely to (have falling rock),” Cozart said.

He said pricing for Juniper products varies, but pilot services will cost around $2,500 per day.

Juniper disclosed the recent raise in an SEC filing Sept. 28. The company also looked to raise $2 million in August 2016.

In addition to pilots, it has five open sales positions and plans to hire 15 salespeople by the end of 2018. Cozart is also out looking for office space in Golden, but hasn’t signed a lease yet.

Among Juniper’s notable customers are Caterpillar, Walt Disney and the U.S. Geological Survey, and the company has 79 dealers across the country helping sell its products to construction companies. 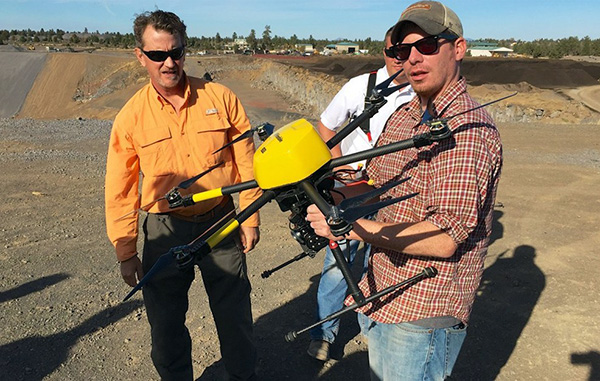 Trimble instructors with one of the drones. Juniper is hiring 24 full-time pilots to operate its fleet. (Juniper Unmanned)

A Golden-based business that flies drones for oil and gas, construction and mining companies just raised $500,000 and is hiring 24 drone operators.