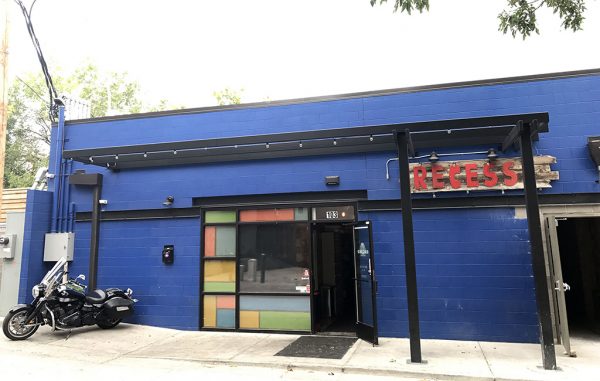 The owners of Recess Beer Garden have landed a spot on South Pearl Street for their next grownup playground.

“Finding a mixed-use property in Denver right now is like finding gold,” said co-founder Owen Olson, who grew up in Denver and attended nearby South High School.

Olson originally intended to lease 1077 S. Pearl St. – a property with commercial frontage and a house behind it – from then-owner Vince Vranesec. But when the rent was out of the his budget, Vranesec took a different tact.

“He was like, ‘Owen, I like you. I didn’t want to sell it, but I will sell it to you,” said Olson, 37. “That’s a lot of the reason why the deal went through. It was Denver natives, sticking with Denver natives.”

The restaurant owners bought the 4,700-square-foot property under the name Southside Beer Garden for $595,000, according to city property records.

“We still want it to have an outdoor kind of a theme like at Recess,” he said. “It’s either going to be a beer garden or a little more high end.”

Olson said the group plans to keep the original South Pearl storefront, but hopes to get started on renovations soon. They plan to bring in Ed Enck with S-arch as the architect and Vadas Woodwork for wood finishes. He said the group has not yet hired a general contractor.

Recess, which opened in 2015, was a longtime dream for Olson. With the help of co-owner William Frankland, who previously worked at GB Fish and Chips, Olson said the LoHi beer garden was profitable almost from the start. Two years later, he and his co-owners have enough money for a second.

The founders of Recess Beer Garden have landed a spot on South Pearl Street for their next grownup playground.

I am concerned why the partnership would invest $596,000 when there is no liquor license in place and odds of it being awarded are bleak at best.
John C.