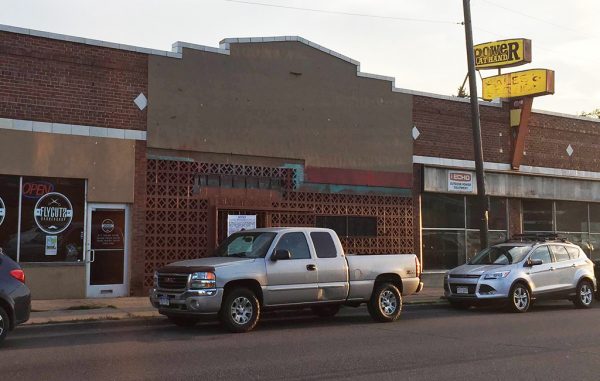 It’s in with the owl and out with the ram on Colfax.

The Owl Saloon, which is co-owned by three veterans of the Denver bar scene, is preparing to replace The Ram Lounge at the intersection of Fairfax Street and Colfax Avenue.

The new saloon is the project of  Victor Muñiz and Jeremy Matzke, owners of The Bar Car on Colorado Boulevard, and minority partner Leigh Jones, who owns Inga’s Alpine Tavern on Leetsdale Drive and The Horseshoe Lounge in North Capitol Hill.

Matzke said the group hopes to spruce up the place by drawing from the natural landscape outside of the city.

“We want to bring that mountain feel to Denver,” he said.

The interior will have wooden floors and a wooden bar, along with taxidermy animals. There will also be an homage to the history of Colfax on the western wall, featuring a poster of the street’s namesake, former U.S. Vice President Schuyler Colfax.

The Owl Saloon plans to serve a menu of classic bar fare – beer, burgers and fries.

Matzke estimates building and designing the saloon will cost $100,000, funded by personal savings and a loan from the Colorado Enterprise Fund. A general contractor and architect have yet to be chosen.

If a pending liquor license is approved, the saloon will open late this year or early next year.

The building at 5026 E. Colfax Ave. was purchased by Jay Soneff for $1.25 million on June 30. Soneff is renaming the address Fairfax Plaza and seeking a restaurant tenant to move into a separate vacant space.

Renovations have started on the building, including the roof, heating, ventilation and air conditioning, and swapping barred windows with bay windows.

“We know that it is going to get better and better,” Soneff said.

Three veterans of the Denver bar scene are preparing to open The Owl Saloon at the intersection of Fairfax Street and Colfax Avenue.

This is awesome, welcome to the neighborhood!