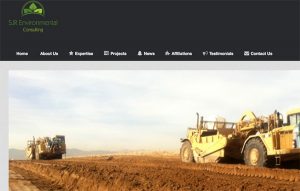 Rattled by collections lawsuits, an environmental consultant is liquidating its business.

Denver-based SJR Environmental Consulting has inspected sites as varied as the Colorado State Capitol Building and future King Soopers supermarkets, according to its website. The 6-year-old firm filed Ch. 7 bankruptcy on Sept. 9.

In court filings, SJR reported liabilities of $2 million. Its assets – primarily accounts receivable and $6,000 in equipment and office furniture – totaled $150,000.

Court documents show SJR has been hit with five lawsuits in the past year, two of which are still pending. In Colorado, it has been sued for breach of contract and collections. It also is facing a dispute over a factoring agreement in Greenville, South Carolina.

The company’s phone line was disconnected. An attorney representing SJR in bankruptcy proceedings, Bonnie Bell Bond, was not available for comment Monday.

Elizabeth Bayer founded SJR Environmental Consulting in 2011. Before SJR, Bayer worked for Family Environmental, another Denver consulting firm. She holds a doctorate in International Environment Law from the University of Hull in England, according to her LinkedIn profile.

According to bankruptcy filings, the firm had revenue of $1.5 million in 2016, a slight decline from the year prior. Invoices included in court documents show the company had contracts with Denver Public Schools, Boulder County and the University of Colorado Boulder in recent months.

The Denver Business Journal reported this year that the firm had 10 employees.

Among assets listed in its filing are pieces of testing equipment like a microscope and a turbidity meter, as well as safety apparel like hardhats and hazmat booties. The business also lists desks, office chairs and computer components among its property.

Denver-based SJR Environmental Consulting has been hit with five lawsuits in the past year, two of which are still pending.