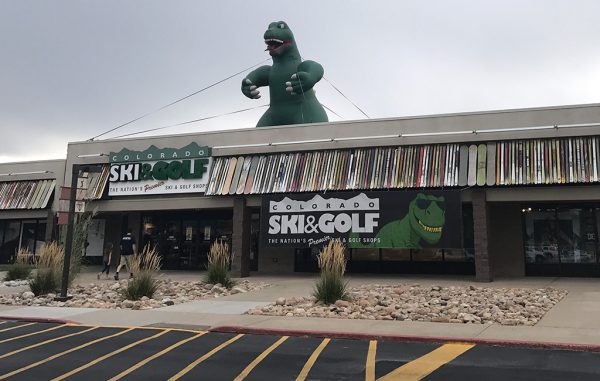 Vail Resorts-owned Colorado Ski and Golf is sliding out of its Arvada outpost, and Christy Sports is moving in.

Dan Fox, vice president of operations for the 48-store Christy Sports, said the chain has signed a lease at 7715 Wadsworth Blvd. and will take over the 16,000-square-foot store in February.

“We had been looking in that Arvada corridor for the last two-and-a-half years and this seemed to fit the bill,” Fox said. “It was offered to us through Gart Properties as a property that was becoming available. We showed interest and we made an offer.”

Christy Sports, which will celebrate its 60th anniversary next year, employs a different strategy than its predecessor’s golf business for the slower summer months: patio furniture.

“We struggled like every other ski shop to find a summer business … golf was always a tough business,” Fox said. “We’re as passionate about patio furniture as we are about skiing.”

Vail Resorts, meanwhile, will be moving the ski inventory to the company’s Bicycle Village at 9170 Wadsworth Parkway in Westminster.

Greg Sullivan, chief operating officer for Vail Resorts Retail, said the combined brand in the 20,000-square-foot store will be called Colorado Ski and Sport and Bicycle Village, slated to open in December.

Sullivan said the new location will pass on golf.

“In retail, you have to make choices with space,” Sullivan said. “Our core business is great brands and service in bike and ski, and that’s what we wanted to focus on.”

BusinessDen previously reported that Colorado Ski and Golf’s Aurora location was undergoing a $400,000 renovation in July. Sullivan said Vail has no plan as of yet to combine other Bicycle Village shops with the ski and golf brands, even though other stores in Littleton and Arvada are both near each other.

In addition to Aurora and Arvada, the retailer owned by Vail Resorts has locations in Littleton, Colorado Springs and the Park Meadows area.

Vail Resorts-owned Colorado Ski and Golf is sliding out of its Arvada outpost to make way for another outdoors retailer.