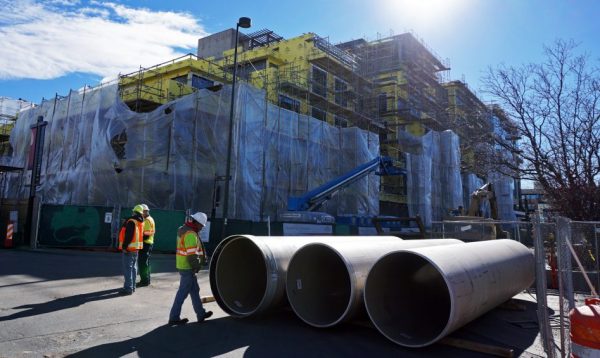 An excavation job gone wrong has tipped a local subcontractor into bankruptcy.

Castle Rock-based Xtreme Xcavating filed Chapter 11 on Aug. 28 with $1 million in assets and $520,000 in liabilities, according to a balance sheet included in court documents. Among its assets, the company valued its tractors at $115,000 and additional automobiles and trucks at $230,000.

Reached by phone, co-owner Sean Fabela said the company was financially sound until it worked on two CVS Pharmacy sites in Denver and Littleton.

“We found ground water, we found asbestos, we found all sorts of crazy stuff – all sorts of different changes that weren’t listed when we signed up for the contract,” Fabela said.

Adding to the excavator’s woes, Fabela claims general contractor Alvarado Construction still owes $300,000 for the work – about a quarter of his company’s annual revenue.

“I’ve been doing this 20 years, and I’ve never been fired off the job, not once, and I’ve never not been paid for the job,” he said. “This is the first time a general contractor has put us in this position.”

Alvarado Construction is one of the Denver-based builders behind local landmarks like Invesco Field and the Denver Convention Center. It is headed by Linda Alvarado, a co-owner of the Rockies.

“Alvarado wholly disagrees (with Xtreme Xcavating’s claims) and thinks it is entitled to substantial money from Xtreme Xcavating,” Hendrickson said when reached by phone.

He said Xtreme Xcavating, which has since been taken off both CVS sites, also failed to pay its own subcontractors.

Xtreme Xcavating filed under the name Colorado Property Repair. It is represented in bankruptcy court in Denver by Lee M. Kutner with KutnerBrinen.

A local excavation company claims it wasn't warned about site problems before signing with a general contractor led by Rockies co-owner Linda Alvarado.

Where are the CVS sites that had these problems?

The statement made by Mr. Hendrickson regarding subcontractors not being paid is 100% false. Our suppliers and subcontractors have all been paid either directly by Xtreme from funds released to us early on, or by joint check at our request and with our cooperation. The amount that remains due is the balance AFTER all of our commitments have been satisfied.

I don’t know anything about this dispute. But I know that Alvarado craps on the community.

I am referring to its ugly steel building with no windows at the SE corner of Santa Fe and 13th Avenue that absolutely does not belong in a vibrant commercial and residential corridor such as the Art District on Santa Fe.

Now I read that Alvarado earns multi-millions of public money, and she thanks the public by building an ugly warehouse. And the City lets her get away with it.