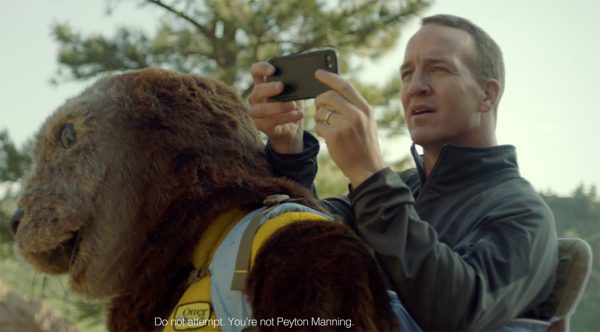 Peyton Manning, a Super Bowl champion and all-star quarterback, is still a man in need of protection.

That’s the idea behind a series of three video ads created by the Boulder office of Crispin Porter + Bogusky for Fort Collins phone case manufacturer OtterBox.

In the 30-second videos, Manning is hiking and camping in the mountains. Ollie, the OtterBox mascot, flies in to protect him from marshmallow fires, trails and fellow hikers.

Mark St. Amant, a creative director at Crispin, said the company wanted to focus on Manning as a retired player.

“For 20-plus years he had been almost bubble wrapped,” he said. “If there’s anything OtterBox knows about, it’s protection.”

OtterBox also hired Manning in 2016. Ashley Stout, an OtterBox brand manager, said he signed a multi-year deal with the company. In the first series, the company pitted Manning and Ollie as rivals. Stout said the 2016 videos focused on television spots, and the older male demographic.

“As a business we were really looking to target our core male consumer and his family,” she said.

This year, the company made a different play and decided to tackle a digital audience. The three new ads originally were set to air only on mobile and online streaming sites like YouTube. Now, the ads will air on TV during Broncos home games. Stout said a fourth ad will air in November.

Stout said the ads appeal to two demographics: Older males, who consume media on TV, go for the Defender Series. For the younger demographic, the company hopes to attract buyers to its slimmer Pursuit Series.

“For them life really revolves around the internet and sports,” Stout said. “We did feel like there was an opportunity to grow our reach.”

St. Amant said Crispin previously worked with OtterBox for its video project on a line of bear-resistant coolers. The design firm was approached about doing the new video series in April.

The videos with Manning were shot in Eldorado Springs, which St. Amant said presented a set of challenges for production.

“We had to deal with the logistics of getting the entire crew up to what is essentially a hiking area,” he said. “It’s funny how 30 seconds here, and 30 seconds there can take up to three months to finish.” 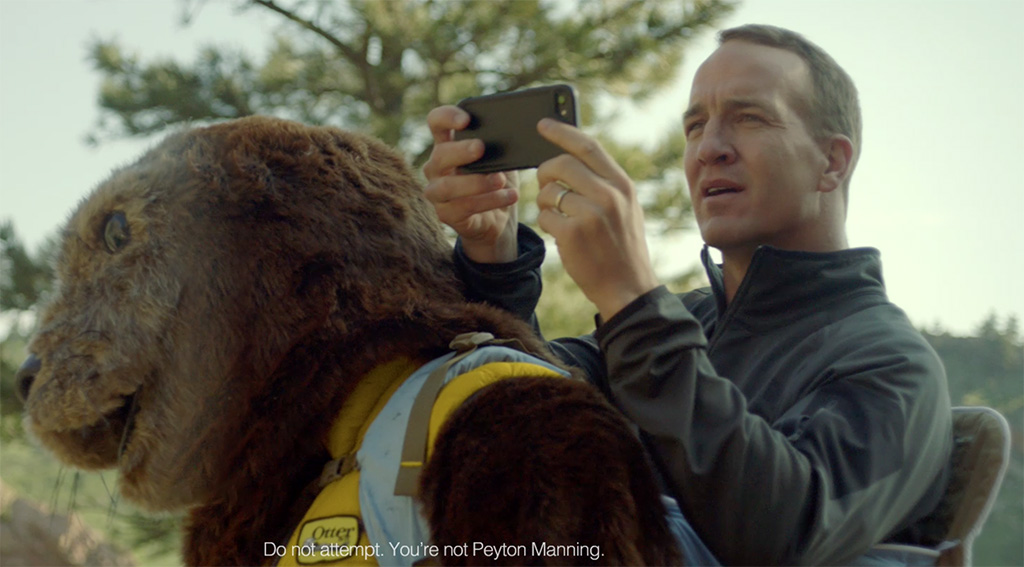