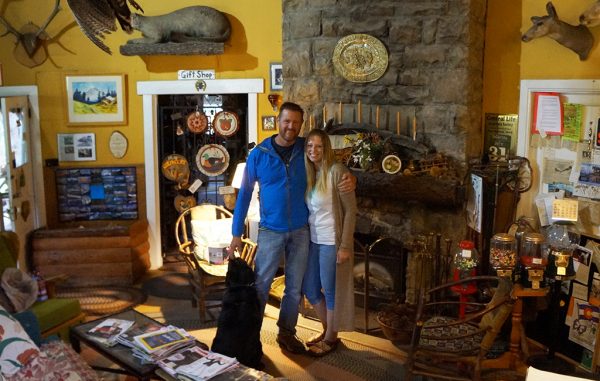 When Greg and Mary Ruth Vincent got the keys to the Glen-Isle Resort in Bailey last month, they became stewards of a 116-year-old lodge, 14 rustic cabins and 148 acres.

Greg, 54, and Mary Ruth, 48, bought the resort 45 miles southwest of Denver on July 21 for $2.2 million. The couple is eager to revive Glen-Isle with fresh linens, new bathroom fixtures and a coffee shop in the lodge. They’re also opening up for winter bookings – a first in the resort’s century-long history.

But the couple thought twice about making wireless routers a part of the reboot, fearing the change would spoil offline pastimes for visitors like themselves. So they compromised: WiFi in Glen-Isle’s main lodge, but not in the cabins.

“When I go to Glen-Isle, even though I’ve got an iPad that could work as a hot spot, it never leaves the back of my truck,” Greg said.

Glen-Isle’s property at 437 Old Stagecoach Road spans both sides of U.S. Route 285 and borders Pike National Forest. Built in 1901, the resort was one of a few Adirondack-inspired hotels bankrolled by railroad barons seeking to boost ridership on tracks through the Platte River Canyon. 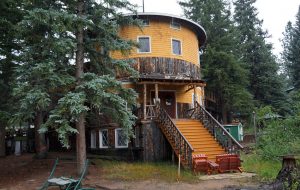 But declining train travel derailed the valley’s tourism industry. Nearby resorts burned down. Others closed. Some have been converted into ranches.

Not Glen-Isle. Prior to the Vincents, it had been operated by the same family since 1924. Its last owners, Barbara and Gordon Tripp, took over the resort from Barbara’s grandparents in 1942.

The Tripps gave the resort a second heyday. In the 1970s, they served three meals in the lodge’s dining room daily from June 1 to Labor Day and hosted the same families and retirees each summer.

Around that time, Mary Ruth Vincent’s mother spotted an advertisement for Glen-Isle in an Amarillo newspaper, and the family became regulars. As a kid, Mary Ruth would spend two weeks every summer along the Platte River, picnicking by day and playing bingo by night.

“They would load up the ice chest with sandwiches and lemonade and you would go hang out there all day,” she said. “It was the most incredible place to come as a kid.”

Mary Ruth returned to Glen-Isle in 2000 with Greg. The couple loved the resort so much, they named their dog Bailey.

Greg asked Barbara Tripp if she would entertain an offer on one of the cabins, but the answer was always the same: “They’re not for sale. Ask again next year.”

Then, in 2016, the Vincents were back in Colorado for a concert and swung by Glen-Isle, which had been closed for four years following Barbara Tripp’s death at age 89.

The pair saw a for-sale sign pitched on the property that listed it for $2.9 million.

“We just kind of felt like the stars and planets aligned,” Greg said. “This has always been our lifelong dream: to be in the mountains and run some kind of lodge or bed and breakfast.”

The Vincents went under contract to buy the property nine months ago, but the closing was delayed by banks hesitant to finance a property that last traded hands in the 1920s and didn’t have a record of income for the past five years. Greg eventually opted to go with a bridge lender instead and is tying up an SBA loan. 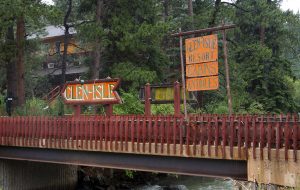 The resort had last traded hands in 1924. (Amy DiPierro)

The Vincents are hustling to reopen. Greg is meeting with contractors and installing reservation software. The couple, who will manage Glen-Isle, aims to host guests by early 2018.

Greg estimates they will spend $600,000 to spruce up the resort over the next year, and $1 million total on improvements over the next five years.

By next year, Greg and Mary Ruth aim to have cross-country skiing, snowshoeing and maybe snowmobiling. And they’re looking to add archery and trap shooting to the summer season. Eventually, the couple thinks they’ll rent out the kitchen to a restaurant operator and open the lodge’s dining room to the general public.

The Vincent’s Glen-Isle Resort, like the one run by the Tripps, will be a family affair. One son wants to bring friends from the Nashville music scene to Bailey for live performances, another will help with construction and others have volunteered advice on the coffee shop and interior design.

“We’re trying to freshen it up so that it will hopefully last another century,” Greg said. 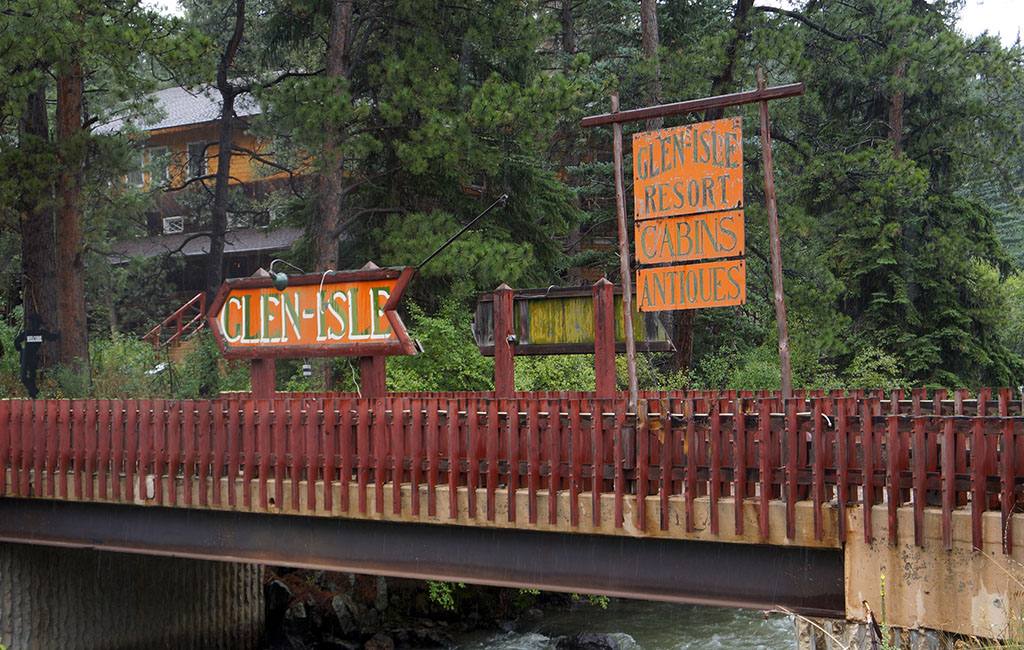 Congrats to the Vincent’s, luv that this happening. Must agree with Dave though, room Wifi is an essential criteria when my wife and I look at places to stay; rustic or not. Hope this is a success nevertheless!

This is very happy news! 😀

I understand that completely. When I was a kid and my parents told me there was no TV or phones at Glen Isle, I thought they were crazy for wanting to go there. Once I got there, it never crossed my mind that I even missed it. But, this is a different day in age, and we definitely want to serve our guests to the best of our ability. Once we get in there and start the renovation, we may add WI-FI. Thanks for the feedback. It’s always helpful!

Congratulations! This is very exciting and will be a huge boost to the local economy. Agree with the other comments, though. Must have wifi…

I’m so happy. My grandmother stayed there most summers, and my brother worked there one summer. A family place in all ways, and it sounds like the perfect people who understand this have bought it–thank you for understanding its tradition and saving it.

Took my kids there in the ’60’s and ’70’s many seasons. Son worked there after he graduated high school. Happy memories! Good luck to you both!!

I hope you will add me to your mailing list as we lived near Conifer for 20 years and my Mother stayed there many times. We still come to CO as we have family there and would like to stay with you when you get open. I will be glad to have no news for a few days and a foot long at the Coney Island would be a treat.

We love going to Estes Park congratulations to you both wish you much success in launching and maintaining your dream. Please add me to your email list.

So thrilled to see this news. My sister and her family lived in Bailey for several years and she drive me by this property. I dreamed of owning it and doing the same thing as you. Declining health stopped that. It is a beautiful day and the history is wonderful. Best wishes and success to you.

Great news. So glad the 2 of you took this huge step. We’ve been residents of Conifer since 1994 and never want to leave the area. Please add me to your list. I look forward to your updates.

God bless you for undertaking this huge investment/risk/project. We wish you all the best and look forward to your re-opening. We live just a ways up 285 from you but will come spend a night or more with you when you are open. A restaurant open to the public would be a real plus for the community and would hopefully bring more business to you.

Can’t even begin to say what wonderful news this is. As a kid in the 70’s my family vacationed mostly at Moore-Dale because it was close to our family friends the Wades…but it seemed like we never missed a Square Dance and other activities at Glen-Isle. I always loved shopping for Indian jewelry in the curio shop. As an adult, my husband and I honeymooned with you all the second half of our trip. Love the area…our daughter is named Bailey! We wish you great luck and good vibes with this project!

Worked there mid 80’s to early 90’s during the summer. LOVED it there! Great place, great memories! Good luck with the renovations!! Glen Isle is an awesome place!

My family started vacationing at Glen Isle in the late 60’s. I spent weeks/weekends there with family and girlfriends, finished my college thesis, and honeymooned at the Isle of View…twice! I have pics of the lovely big rescued dogs and cute-at-the-time summer workers from 40+ years of adventures at Glen Isle. Barbara was a wonderful woman, and she is sincerely missed. We are anxious to meet the new owners, so we will be up this summer with my grandchildren. The Matthews Family – Aurora, CO