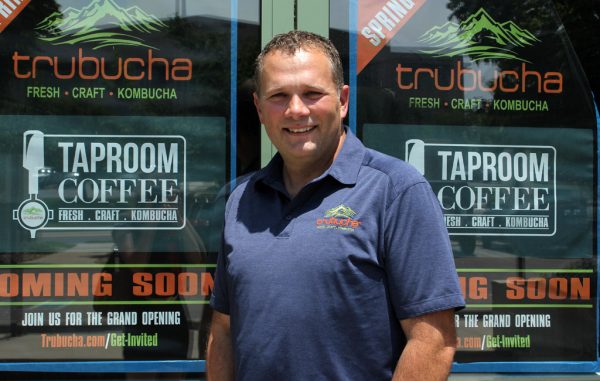 Kombucha is coming to the suburbs.

Marc Gaudreault, founder and brewer at TruBucha, is preparing to open a 1,900-square-foot taphouse that will have space to ferment the beverage. The spot at 10047 Park Meadows Drive is centrally located to the farmer’s markets that helped launch the brand one year ago.

If production continues to increase, the 1,900-square-foot space will not have enough room, Gaudreault said.

“If we’re still hitting certain numbers, we will actually open up a complete production facility outside of here.”

Gaudreault said TruBucha was in the black within a month of starting, partially due to a booming market for the health drink.

Gaudreault said the farmer’s markets helped start TruBucha’s customer base and grow its wholesale accounts. The kombucha brewer said he has 40 accounts with coffee shops and breweries, which sell it on tap. Once the taproom is open, the company will start promoting to other locations again to add wholesale accounts. 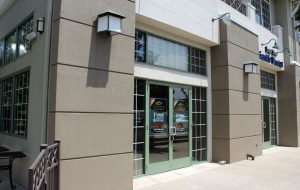 TruBucha makes 20 to 25 barrels per week, but will be able to boost those numbers to 35 to 40 barrels with the taproom addition.

Gaudreault signed the lease in December, putting $100,000 of his own funds into the building for construction and equipment.

“Every dollar we make is going back into the company,” he said. “Part of my philosophy, as far as sustainability, is not going out and taking out a bunch of loans.”

The taproom, which also will offer coffee, will have 10 staff members to run daily operations. It aims to open by August.

Gaudreault works with a wealth management company, but has shifted to start making TruBucha a full-time gig. He first started brewing kombucha at home for fun.

TruBucha uses two commercial kitchens to make its product, which is similar to making beer and wine. The company uses stainless steel wine tanks to ferment teas with sugar and a culture of yeast and bacteria, and needs to brew and keg in one location and store finished kombucha in another.

“Commercial kitchens are not set up to be doing what we’re doing,” he said. “It’s just a lot of work.”

TruBucha is preparing to open a 1,900-square-foot taphouse at 10047 Park Meadows Drive that will have space to ferment the beverage and boost production.

I am so glad to see thing going well for Marc and TruBucha. I have been buying growlers at our local reseller – and my favorite coffee shop – Legends Coffee – for months. My family and I love the flavors. Having an alternative – healthy – beverage choice makes it that much more delicious.

We only recently discovered TruBucha selling direct at a Farmer’s market. We were so excited to find additional variety. Our local reseller has only been able to offer one or two options at a time. We can’t wait for the tap room to open. Congrats on your success!