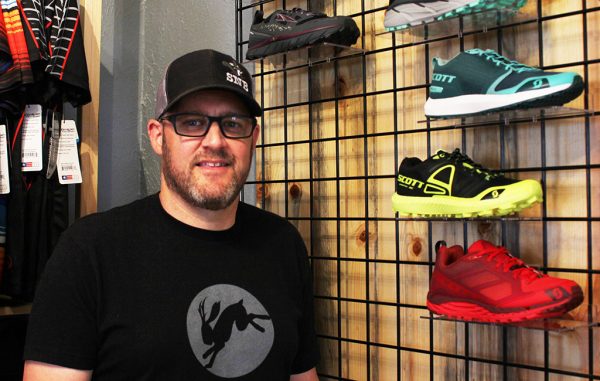 Tennyson Street is the starting line for a new shop prepping to sell sneakers and stouts.

“Most running stores are the same – everybody goes for a run, they have vendors come. It’s a social thing,” he said. “But then everybody would have to leave because the store would close.”

Sullivan installed a bar in his retail shop, so customers can stay and socialize after running or pop into the store. He does not yet have a liquor license to sell beer, but plans on applying.

Berkeley Park Running isn’t the only store in Colorado to try out the running shop and bar combo. Sullivan said Longmont’s Shoes and Brews beat him to the punch while he was saving money for his own store.

A flight attendant with Southwest Airlines, Sullivan has used his miles to compete in running races around the world. To drum up business for the shop, he turned to merchandise vendors he met while racing with a Runners Roost team. 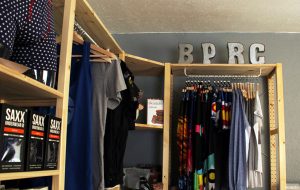 Sullivan said he’s stocking shelves with products that cater to racers competing as trail runners and ultra-marathoners like he does. The store also will sell brands like Raidlight, a French trail-running footwear and clothing brand that recently expanded to the U.S.

“If you’re going to be a little shop, I can’t just sell Nikes and Asics and things like that, because you can get that anywhere,” he said.

The Berkeley Park store is a converted private residence originally built in 1896, with 1,100 square feet of retail space on its main floor and more room upstairs for retail and storage. Sullivan said he picked the neighborhood because the closest running specialty stores are in Cherry Creek, like Runners Roost.

Sullivan’s lease runs through December 2019 with options to renew. His landlord has chipped in $40,000 for renovations like a new roof. Sullivan put in another $2,500 for landscaping and displays, and wants to add a porch and dog run once the store is up and running.

This sounds like a terrific idea! I wish him nothing but the best! I can’t wait to hear when the dog run opens.