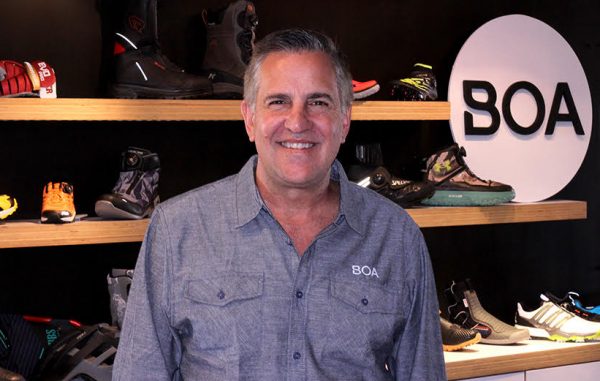 Shawn Neville has been appointed the new CEO. (Boa Technology)

Boa Technology in RiNo has a new CEO lacing up.

Boa, which makes a fastener used to tighten gear like snowboard boots, prosthetic limbs and helmets, has hired Reebok alum Shawn Neville to step into the role of company head. And Neville, who started two weeks ago, already has footwear on the mind.

“The company is in very good shape today,” said Neville, 54. “I have big shoes to fill.”

Neville is the third CEO to lead 16-year-old Boa. The company got started in 2001 under Gary Hammerslag, who invented the original closure device as a way to tighten snowboard boots faster than regular shoelaces. Neville is replacing Hammerslag’s successor, Mark Soderberg, who took over in 2012.

Boa provides more than 300 brands with laces and dials for tightening footwear and apparel. Neville said the company has a strong foothold in the snowboarding, cycling and golf industries. In the next three to five years, he wants the company to increase its footprint in the performance running market.

A graduate of the University of Denver, Neville started his career at Proctor & Gamble and Visa before joining the footwear industry at Reebok International in the early 1990s.

Family brought him back to Denver this spring. His original plan upon returning in March was to work at Denver nonprofits and keep his board positions at Aerosoles Group and Zildjian Percussion.

Then the job at Boa opened up, and Neville loosened his plans.

“For my background, it was magic,” Neville said. “It just seemed like a perfect fit. If I was living in Hong Kong and they called me about Boa, I would have taken it.”

Neville is turning his attention to the closure mechanisms that Boa makes for apparel that isn’t sportswear, too: medical devices like braces and prosthetic limbs, construction boots and safety helmets.

Boa is moving into 100,000 square feet at Zeppelin Development’s Flight office building, set to open in October. It’s currently a tenant at Drive I, another Zeppelin property. 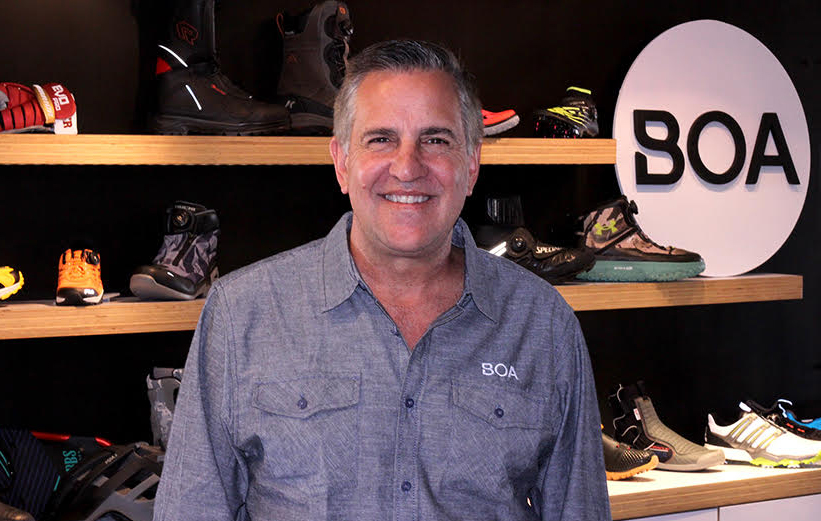 Shawn Neville has been appointed the new CEO. (Boa Technology)

The maker of a fastener for gear like snowboard boots, prosthetic limbs and helmets has hired a Reebok alum to step into the role of company head.