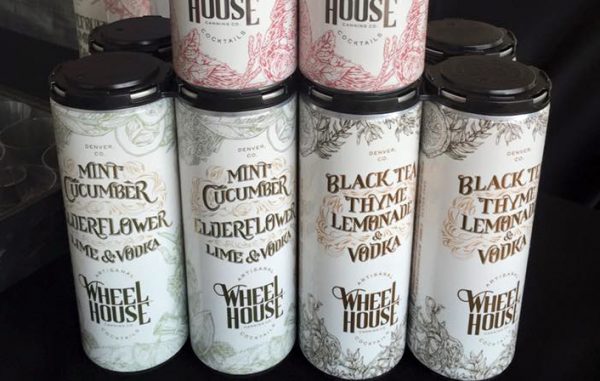 Wheelhouse is launching its first three canned cocktails, two with vodka and one with gin. (Wheelhouse)

Quinton Bennett has watched the drinking habits of Coloradans for 15 years.

And now the former barkeep  is stepping out from behind the bar to launch a line of canned cocktails.

Wheelhouse Canning Co. this month will release three flavors: a mint/cucumber vodka, a grape/mint gin, and a black tea/lemonade vodka.

“The goal was to offer refreshing cocktails that’ll be good for the summer months,” Bennett said. “I felt vodka and gin were the sweet spots for that.”

In two weeks, Wheelhouse will produce its first 600-case run of canned cocktails out of Mobile Canning in Longmont. It also plans to roll out a canned whiskey cocktail in coming months.

Bennett, 36, is funding the canning venture with $50,000 he made selling his Steamboat condo.

“When I had this idea, I was able to take all of the profits from that and throw it into this,” he said.

A bartender for 15 years, Bennett first moved to Colorado 12 years ago from Lincoln, Nebraska. His first bartending job in Denver was at Mercantile, where said the most popular cocktails tended to be the most simple, such as vodka with mint and cucumber. He also realized people who don’t drink beer don’t have many options for alcoholic beverages away from the bar.

“As soon as the idea struck me … I realized now was the time to make the move on it,” Bennett said.

Wheelhouse is buying his citrus from Arizona-based Sun Orchard, which is delivered to Mobile Canning the night before production. Bennett makes his syrups the night before at commissary Colorado Kitchen Share, to ensure cocktails are canned freshly.

Wheelhouse cocktails initially will be sold at both the Steamboat and Denver locations of Low Country Kitchen. By the end of June, Bennett wants to sell Wheelhouse in Denver liquor stores. He’s suggesting a retail price of $16 for a four-pack.

“This is a new area of putting liquor into the can,” Bennett said. “I’m using fresh syrups. It takes more time and effort … Most (canned alcoholic beverages) are wine-based or malt beverage-based. They have a different flavor. They are not as clean.”

Wheelhouse is not the only canned cocktail business in Denver, as BusinessDen previously reported on Mile High Spirits’ Punching Mule, a canned Moscow Mule. 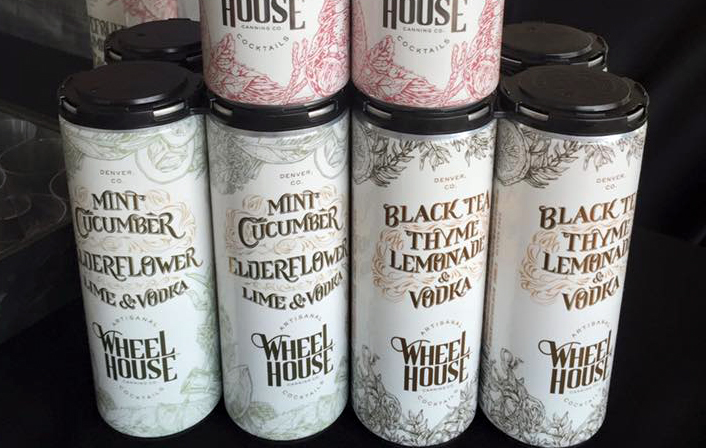 Wheelhouse is launching its first three canned cocktails, two with vodka and one with gin. (Wheelhouse)