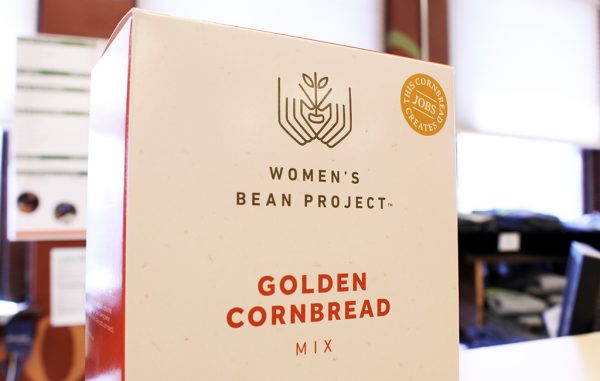 After nearly 30 years, a Denver-based job training nonprofit with a line of beans and soups has undergone a $250,000 makeover, aiming to better catch the eyes of customers in the grocery aisle.

The organization’s beans, soup kits and other packaged food products didn’t sit well on shelves and often fell over. The new packaging puts soup and chili mixes in boxes instead of cellophane wrappers. 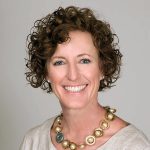 “If we look great just like any other product, we have the potential to sell,” CEO Tamra Ryan said.

Women spend six to nine months with the nonprofit learning job skills. According to its most recent tax filing, Women’s Bean brought in just over $1 million in revenue in fiscal year 2015. More than $760,000 of that came from grants and contributions.

Through a combination of grants and funds from product sales, the organization spent $250,000 redesigning the packaging on its food products. Ryan said it had to buy a large portion of the new packaging upfront, which increased costs.

Women’s Bean products are available in every King Soopers and City Market in Colorado, as well as 100 Safeway locations in the state. The organization also branched out of state, and is sold in 1,000 stores nationwide, Ryan said.

The redesign also allowed the organization to rethink its product line. In the microwave age, Women’s Bean has found that less people are cooking soups in a crockpot. Ryan also said its mission as a job provider doesn’t help products stand out in stores any more, with brands like Toms Shoes that are built to give back.

“The world has changed a lot in terms of the marketplace,” she said. “If you want to feel good about your purchase, you have a lot of choices now.”

As part of the rebrand, Women’s Bean put launched three flavors of popcorn kernels and microwaveable rice and beans. The popcorn will launch in June. 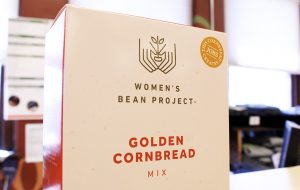 But the redesign is a double-edged sword for Women’s Bean. The organization opted for efficiency by having its food supplier pre-blend beans, for example, which cut down on labor, since they previously were packaged by the women.

While the look of the packaging has changed, Women’s Bean kept some elements, including a circle in the corner telling consumers that the product creates jobs and a sticker signed by a woman in the program.

Ryan said the organization often receives letters and emails from customers thanking the participant that packaged the product.

“It’s pretty powerful. That’s what I appreciate about this place,” she said.

After nearly 30 years, a Denver-based job training nonprofit has undergone a $250,000 makeover to better catch the eyes of customers in the grocery aisle.

This is great news for a great org. Would love to know which agency did this work.