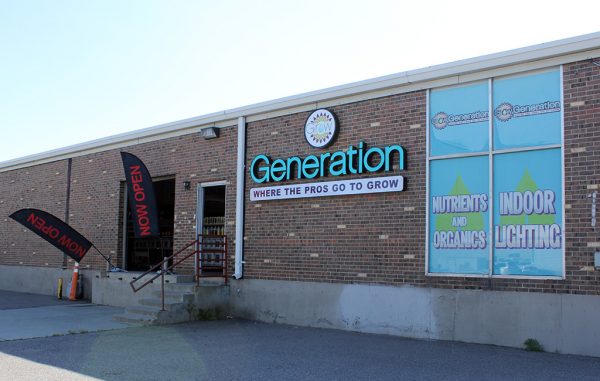 Grow Generation has its headquarters at 1000 Mississippi Ave. (Kailyn Lamb)

With $2 million in fresh funding, a Denver-based chain that specializes in selling the dirt, lights and fertilizers for cultivating cannabis is ready to send out tendrils to new markets – especially in states that have legalized it.

GrowGeneration entered a purchase agreement in March to buy Seattle’s Hydro Spot LLC for $140,000, according to SEC filings. Hydro Spot will be GrowGeneration’s first store in Washington.

GrowGeneration in May also raised $2 million through a securities sale, SEC documents show.

Co-founder Michael Salaman said both the acquisition and capital are part of the company’s strategy to expand nationally and target the marijuana industry.

“When we make an acquisition, certainly part of the checklist in what we require is that there’s a high population of growers,” he said. 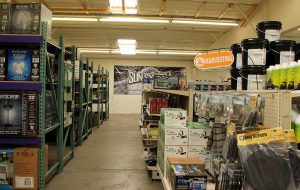 “We’re focusing the company in what we call green states,” he said. “It takes a good year for the laws to get organized.”

Salaman said GrowGeneration is trying to grow at the same rate as the number of marijuana cultivators nationwide. While it focuses primarily on large-scale commercial growers, he said, the company also sells to DIY-ers at home.

GrowGeneration’s footprint is a combination of stores it has acquired and stores it built. The firm has nine stores in Colorado. Salaman said the company hopes to be in 17 states by 2019, and to enter the Michigan and New England markets.

Salaman and his business partner, CEO Darren Lampert, started the company in Pueblo in 2014. The two raised $600,000 to buy four Pueblo Hydroponics & Organics stores, and made $2 million in revenue during its first year.

Lampert and Salaman took the company public in October 2016. In February this year, the pair moved the company headquarters from Pueblo to Denver, at 1000 W. Mississippi Ave. Salaman said the company is projecting more than $15 million in revenue this year.

Grow Generation has its headquarters at 1000 Mississippi Ave. (Kailyn Lamb)

With $2 million in fresh funding, a Denver-based chain that specializes in selling the dirt, lights and fertilizers for cultivating cannabis is ready to send out tendrils to new markets.