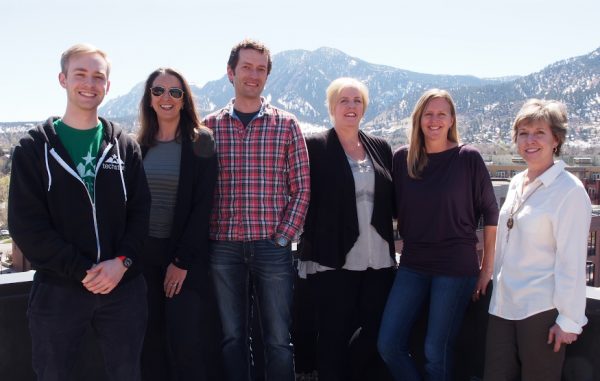 Apostrophe raised $1.15 million from 15 investors, according to a recent SEC filing.

“We are going to use (the funding) to continue building out our new product and signing up new customers,” co-founder and CEO Cheryl Kellond said.

One of its new products is a pay card for employees to use at doctor’s offices. Medical bills go straight to Apostrophe, which the startup handles and pays while settling accounts with patients and employers later.

“We make sure they never get a confusing bill again,” Kellond said. “When (patients are) sick, we take care of that piece for them.”

The spark for launching Apostrophe came two years ago when she participated in Denver’s 10.10.10 program, led by Tom Higley for entrepreneurs to create solutions for health issues. There, she learned about Florida-based Rosen Hotels, which saved enough on revamped health plans that it could pay college tuition for employees and their children.

“I want to be able to offer this for every company,” Kellond said. “Every company should stop wasting money on healthcare so (they) can send their kids to college.”

For nine months, the startup has been testing its pilot program on current customers: 20 Colorado school districts with 2,000 members in more rural areas like Fort Morgan and Alamosa.

“We started working with school districts because they had some very acute cost problems,” Kellond said. “They needed to get their costs under control.”

Apostrophe looks to expand into other markets, including manufacturing or oil and gas companies, whose employees tend to be older and have high medical expenses.

Patients can go to any doctor they choose because the startup does not have in-network or out-of-network providers.

“We become their health plan. They deal with us like they’re used to dealing with Cigna or Anthem to get that best care at the best prices,” Kellond said.

While not profitable yet, Apostrophe charges $40 per month per employee, and also takes out about 25 percent of the savings it delivers to employers. For the next six months, Kellond hopes to gain more customers within Colorado before expanding nationally.

A Denver startup helping self-insured employers save on healthcare costs has raised more than $1 million from 15 investors, according to SEC documents.