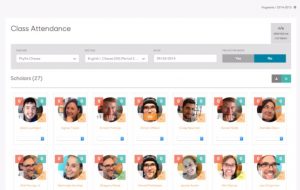 The Schoolrunner app tracks grades, school attendance and other measures of student behavior.

Schoolrunner, a Denver startup that makes software for teachers, has raised another $500,000 from investors including the Colorado Impact Fund, the venture capital firm that gave it a $1.5 million boost in 2015.

Founder Charlie Coglianese said that money will help the startup to pitch public school districts in addition to the charter schools that have been its customers since 2012.

“(Public schools are) where 90 percent of the kids are,” said Coglianese. “I think from both a mission perspective and a growth perspective that’s where we’ve got to be.”

Schoolrunner is a desktop and mobile app that tracks grades, school attendance and other measures of student behavior. Coglianese said the software helps teachers to upload grades and helps administrators to spot problems in school curriculums and student behavior. Parents can also log in to Schoolrunner to see how their child is doing on homework and class participation.

“When you have a parent/teacher meeting, you are already on the same page and you already know what’s going on,” Coglianese said. 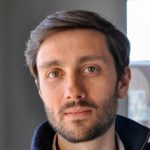 Coglianese was making software for New York hedge funds when a friend opening a school in New Orleans called him in search of an alternative to using spreadsheets. Coglianese coded a piece of software for his friend and quit his job in 2012 to start Schoolrunner.

There are now 73 schools in 11 states using Schoolrunner, Coglianese said. Customers typically pay $10,000 per year. Coglianese said the company was profitable for its first two years, but has since dipped into the red.

The 10-person startup is based in a 2,500-square-foot space in RiNo’s Taxi building.

The Schoolrunner app tracks grades, school attendance and other measures of student behavior.

A Denver startup that makes software for teachers has raised another $500,000 from investors, including the venture capital firm that gave it a $1.5 million boost in 2015.

Electronic databases that track student information should be made transparent to parents, particularly when behavioral information is tracked such as with Schoolrunner. Parents and educators shshold also understand that companies that produce school products are subject to manipulation when they rely on special interest grants and funding. Online school databases can also used for information distribution and this is something which is the presently the subject of a nationwide scandal involving EBSCO. EBSCO has been placed on the 2017 Dirty Dozen list for misusing school databases to target advertising to children, including to pornographic material and escort services. For more information National Center on Sexual Exploitation http://endsexualexploitation.org/ebsco/