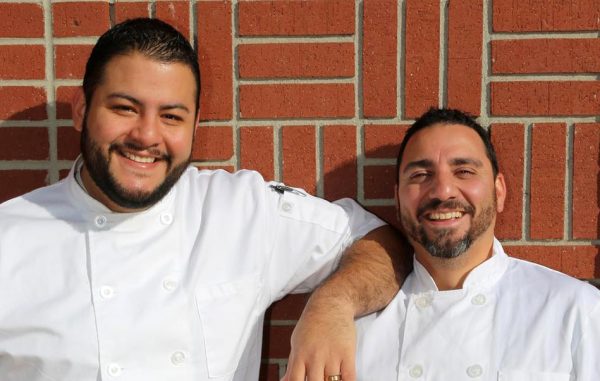 Chefs Ras Casiano and Diego Coconati signed a lease on a space in the restaurant, retail and office development last week and hope to start construction on their new concept, Create Cooking School, by the end of May.

“A lot of our future guests (at Stanley Marketplace) are foodies,” Casiano said. “We want to show people you can make five-star quality food at home – but first, make it with us.”

Casiano has visited Stanley at least once a week since February, he said, and he’s been impressed by the new venue’s steady foot traffic, especially from families with young children. So when a 1,700-square-foot slot came up for lease, Casiano thought Create Cooking School might be just the ingredient to round out the Stanley menu.

Casiano, 30, and Coconati, 42, met while teaching at a local cooking school. Both studied to be chefs at Johnson & Wales University, but on different campuses: Casiano attended Providence and Denver, while Coconati was in Miami.

On weeknights, Casiano plans for simpler classes like pie-making or vegetable preparation for $35 to $45. He also would like to organize classes by cuisine, teaching customers to make different pasta shapes or taco dishes. 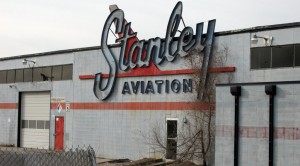 And he hopes the same families frequenting Stanley in its early days will sign up their kids for a week-long cooking course during summer or spring break, then sign up themselves for a four-course date night class (about $120 per person, including a bottle of wine).

Create Cooking School’s layout will accommodate at most a dozen people per class, at three kitchen islands, each with its own stovetop, grill and oven and a pair of workstations at either end.

“Cooking is a very social engagement. It brings people together,” Casiano said. “Let’s say you’re on a date with a significant other. You can make new best friends with the people across from you making the exact same thing.”

Casiano also wants to build a hydroponic wall for customers to pick fresh greens and herbs. And he plans to have a glass refrigerator so guests can see how fresh the produce looks before they put knife to cutting board.

Chefs Ras Casiano and Diego Coconati signed a lease on a space in the development last week, and hope to start construction on their new concept by the end of May.

I would like to do a pie magking class when you have one. Good luck and congratulations on your endeavor!!

I will love to hear more about upcoming classes!

I need a gift certificate for someone… and we want to do cooking class!! How soon are you hoping to be open and when will you have gift certificates available? Thanks!! 🙂

Chellie,
Sorry for the late response! We are opening late Summer/Early Fall and we should have our site up and running by the end of July! Stay updated by signing up for our newsletter at http://www.createcookingschool.com