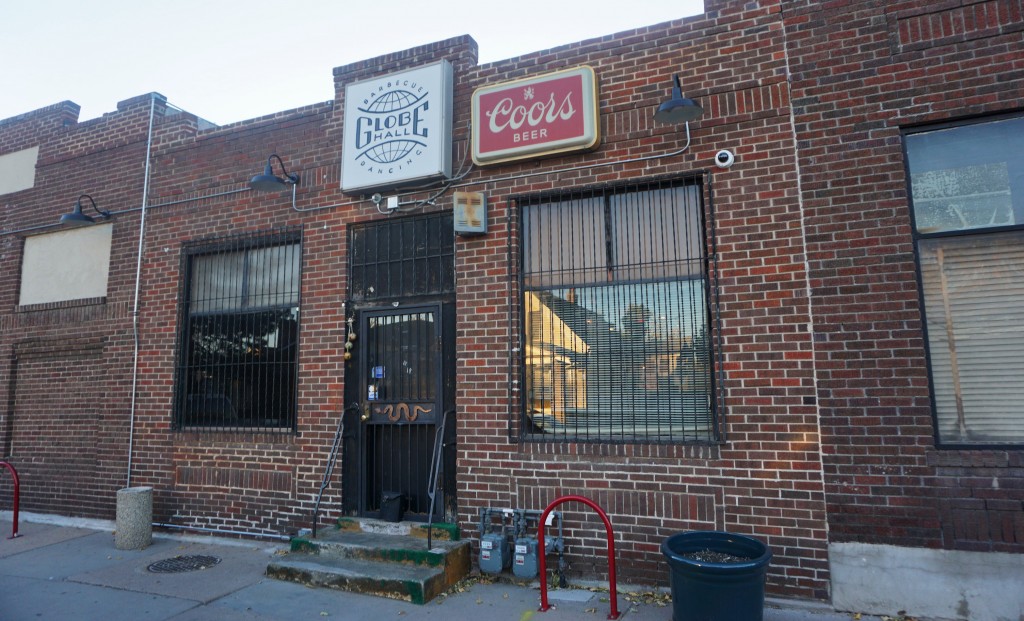 Globe Hall and an adjacent lot were sold for $665,000. (BusinessDen file photo)

Property values in Globeville are starting to resemble the run up seen around the corner in RiNo.

Scott Campbell, a promoter at AEG Live and the owner of The Larimer Lounge, paid $665,000 this month for Globeville music venue Globe Hall.  The property includes the 1903 Globe Hall building and a 6,250-square-foot lot next door. Globe Hall founder Jeffrey Cornelius purchased those parcels for $340,000 in 2015, according to city records.

“It’s really nice to own, because you don’t have a landlord, so the future is guaranteed for a really long time,” Campbell said. “I also own the Larimer Lounge, and I’m a partner in the property there, and I’ve experienced the change in the neighborhood.”

“The nice thing about Globe Hall is that it doesn’t really need any renovations,” Campbell said, except for touchups to the sound system.

And Campbell is impatient for more live music in the area. This summer, as a concert promoter for AEG Live Rocky Mountains, Campbell has a hand in a pair of music festivals coming to the neighborhood: the second annual Project Pabst music festival in May, sponsored by the titular beer brand, and Velorama, the music festival accompanying the first-ever Colorado Classic cycling race in August. Both will take place in venues nearby Larimer Lounge.

“With Globe Hall and Larimer Lounge being live music venues and being in RiNo and then you have these cool festivals going on, this is a great time for live music in RiNo,” said Campbell, who also owns Lost Lake on Colfax Avenue.

As for his night job operating watering holes and music venues, Campbell says he’s scanning the scene for more opportunities to buy.

“I am actively seeking to purchase other pieces of real estate that are in current use as a bar or a tavern,” he said.

Globe Hall and an adjacent lot were sold for $665,000. (BusinessDen file photo)

The owner of The Larimer Lounge paid $665,000 this month for a Globeville music venue and adjacent lot.