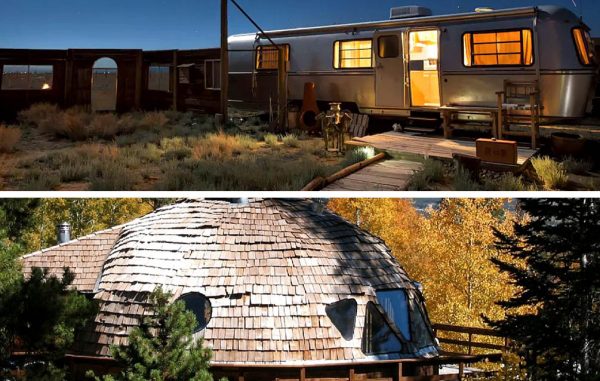 Glamping Hub listings for a caravan in Moffat at $115/night (top), and a dome in Silverthorne at $275/night.

For a startup co-founder with more than 70 employees worldwide, Ruben Martinez is avoiding temptation as he builds out a Denver office.

Martinez last week opened the first U.S. office for Airbnb clone GlampingHub.com in a no-frills coworking space near the corner of Evans Avenue and Colorado Boulevard. He’s paying $800 a month with no lease and free parking.

Glamping Hub started in 2012 listing “glamor camping” accommodations, but then expanded to a niche for unusual vacation homes near outdoor recreation (think tree houses, yurts, A-frames). The company has 70 employees in Seville, Spain. But most of the sites bookings are in the U.S.

Glamping Hub has 8,000 properties on the site, and Martinez said he wants that to grow to 20,000 by the end of 2017. Five hundred listings are in Colorado.

Now Martinez, 32, is building a U.S. sales office in Denver, and said he hopes to grow from four employees to seven. He said the office could grow to 20 if the company hits sales projections. The staff calls vacation homeowners to get them to list their properties on Glamping Hub.

The company makes money by charging a fee on the transaction. Martinez said Glamping Hub, which raised $3 million in venture capital, isn’t breaking even, but he hopes to steer it into the black this year. 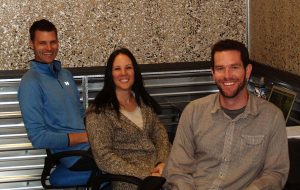 Glamping Hub employees at its Denver office near the corner of Evans Avenue and Colorado Boulevard. (Aaron Kremer)

The new hires sharing a Denver office work the phones, telling prospective property owners the upside to listing with them. “Glamping Hub hosts can always get a person on the phone at any time,” Martinez said. “The site isn’t as broad, so their listings won’t get lost.”

Martinez also said the site focuses on more unusual accommodations. “Repeat guest know what they’re getting into,” he said. “They’re looking for that unique outdoor accommodation.”

As for how Martinez, who has a master’s degree from Regis, ended up in the hospitality booking business?

In 2010 he quit a job in Denver and traveled to Seville to decompress, where at a pickup soccer game in the city, he met David Troya.

The two became friends. And then roommates.

In 2012, Troya wrote a business plan while getting his MBA stateside for an Airbnb-like website for glamping. The two then tackled the idea together and built an office in Seville, where they rented office space and paid native English-speaking expats $20,000 annual salaries.

Martinez said that Glamping Hub has exhausted the supply of those expats, though, and that it was time to bring on more experienced sales people.

“The benefit of having a team here is being able to pull from greater pool of talent,” he said. “And that was getting harder to find in Spain.

“We need more sales professionals that have years of industry experience.”

And there is one other logistical advantage to operating an office in the U.S.

“The time zone helps, too” Martinez said. “The clients are here and we wanted to be in closer proximity.” 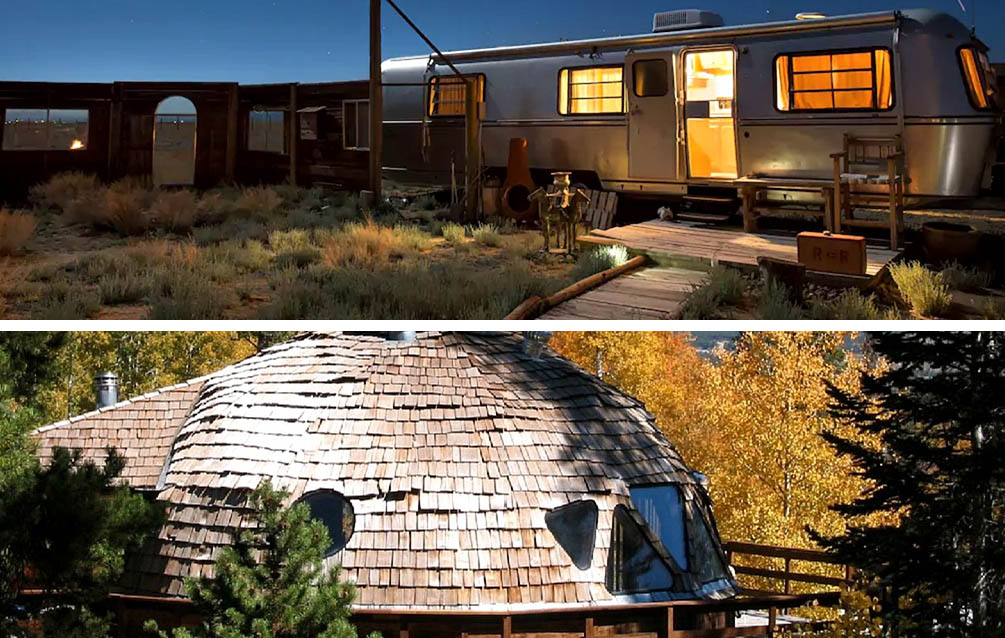 Glamping Hub listings for a caravan in Moffat at $115/night (top), and a dome in Silverthorne at $275/night.

For a startup co-founder with more than 70 employees worldwide, Ruben Martinez is avoiding temptation as he builds out a Denver office.

Hi Aaron,
Thanks for interview one of my members, glampinghub.com at EFX Spaces. We are indeed a no frills, get work done, boutique coworking space in South Denver. Great article!
Mike

This is an exciting concept. Congratulations Ruben, I can’t wait to try out a glampinghub.com property, and am looking forward to seeing the company you’ve nurtured take off!