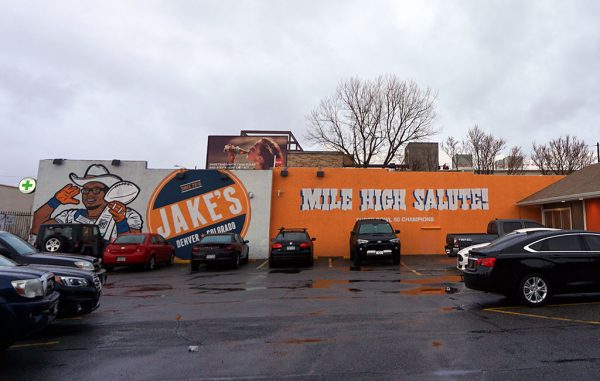 A beer garden is taking root in RiNo.

The owners of Historians Ale House on South Broadway are taking over Jake’s Sports & Spirits at 38th and Walnut streets, and turning it into a restaurant and beer concept they’re calling RINO Beer Garden.

“We couldn’t pick a better spot, especially with the light rail, with the World Trade Center, with Industry nearby,” said Silver Gordon, who opened Historians Ale House with Storm Ireland in 2013.

And since the spot is bordered by a park on two sides, he said, they won’t have to worry about a new skyscraper blocking the view.

“It pays tribute in a lot of ways to a tradition German beer garden,” Gordon said. “But it’s also very much a Colorado concept.” 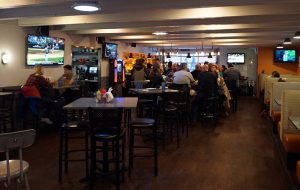 The beer garden will have a German-inspired menu, Gordon said, but plans to pour Colorado brews from most of its 80 taps.

The new owners plan to spend $1 million on renovations, Gordon said, including an expansion of the 100-seat patio and adding fire pits, heaters for winter and mister fans for summer.

“I believe it will give us the largest footprint patio in this part of downtown,” Gordon said.

Inside, plans include expanding the bar, adding restrooms and updating kitchen equipment. Jeffrey Van Sambeek of Lodestone Design Group is designing the renovations. Gordon is shooting to open by early to mid-summer.

The investor group behind Historians is leasing the former Jake’s space from Andy Feinstein and Martin Chernoff, who own the property and started Jake’s in 2010. Ken Himel of David Hicks Lampert brokered the lease deal.

Feinstein said RiNo is a hub of brewpubs, so it’s fitting that it has a beer garden.

“I’m confident that the community will embrace the RINO Beer Garden just like they embraced Jake’s all these years.”

The owners of Historians Ale House on South Broadway plan to convert Jake's Sports & Spirits on 38th Street into a German-style restaurant and beer concept.

I loved Jake’s. Sad to see it go. I’m sure the beer garden will be nice, but do we really need another brewpub? It’s getting to be overkill.