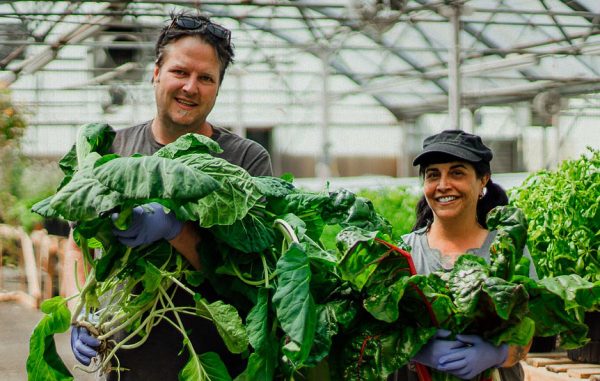 Buying a greenhouse in Denver to grow marijuana doesn’t sound as edgy as it used to.

But buying a greenhouse to grow arugula? That takes a rebellious streak.

Last month, Jake Olson and Lauren Brettschneider of Rebel Farm bought the 15,000-square-foot greenhouse where they’ve been growing greens like kale and bib lettuce for the past two years.

“We’re trying to increase production and streamline a lot of things that we didn’t want to do as renters,” said Olson, adding that rent peaked at $11,000 a month over the past two years before falling to $7,000 at the time of the sale on Feb. 15. “Our long term goal is to rebuild the whole greenhouse.”

The price of the property at Sheridan and Evans was $900,000, according to Denver property records. Rebel Farms financed the purchase with an $841,000 SBA loan.

Olson and Brettschneider left jobs as a carpenter and a director at Visa, respectively, to start the greenhouse they call Rebel Farm in 2015. The pair had been toying with the idea of opening a restaurant, but decided to start the farm as “a back door to the restaurant industry,” Olson said. 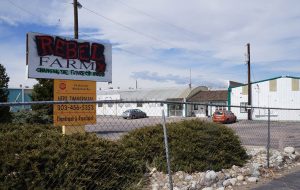 After scouring the city for a greenhouse to buy or rent, the aspiring farmers were ready to give up and build their own.

“Finding a space was horrible. Everything had been bought up by marijuana companies,” Olson said. “The only reason (the Rebel Farm greenhouse) hadn’t been sold to cannabis was that there’s a school right across the street.”

The Rebel Farm greenhouse sells exclusively to restaurants, and already supplies big-name Denver eateries like Root Down and Guard and Grace with greens and edible flowers, from arugula to watercress.

Olson and Brettschneider harvest most of the greens on the root and deliver to restaurants as far as the Denver Tech Center on the same day. That makes them much fresher-snipped greens than those bought from California or Mexico.

Olson said the business is not yet profitable. But with property ownership, Olson hopes to make improvements like new heating and cooling systems. Eventually, he would like to expand the greenhouse to grow a wider variety of greens and root vegetables like carrots and beats.

Rebel Farm’s sole employees are Olson and Brettschneider. Volunteers, many trained in hydroponics by nonprofit Veterans to Farmers, also help in the greenhouse, Olson said.

Nice job, Jake! Glad to see that moving along.