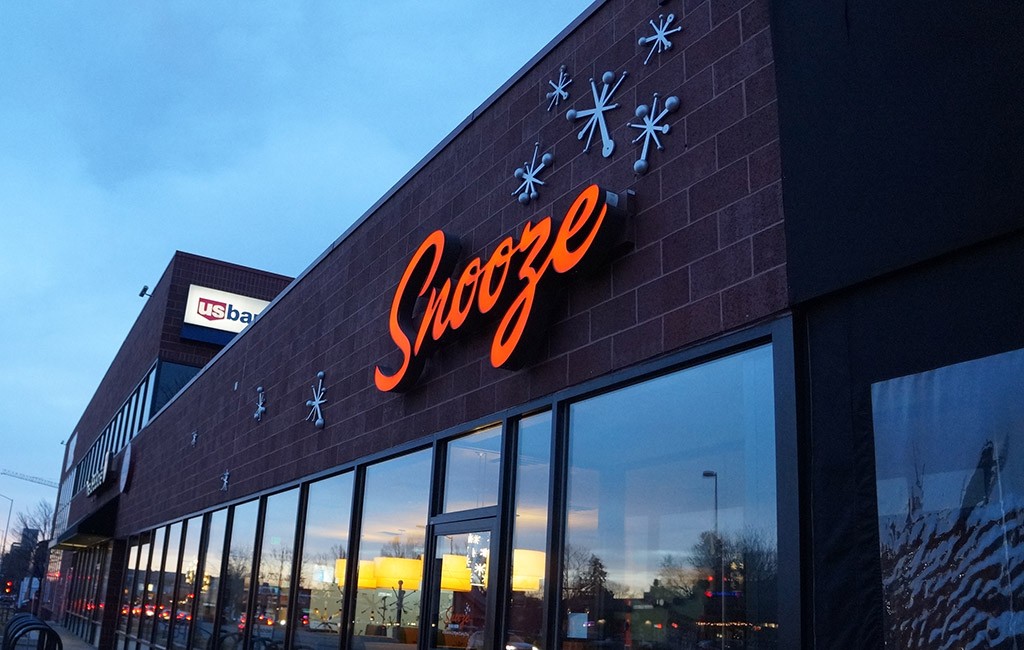 CEO David Birzon said the Denver-based brunch and breakfast chain – which grossed more than $50 million in 2016 – is aiming to add between eight and 11 restaurants in its existing markets for each of the next five years.

Snooze plans to unveil two locations in Westminster – in the Westminster Promenade this June and a second at 144th Avenue and Interstate 25 in 2018. Both are new builds.

“We realized we have no restaurants between downtown Denver and Boulder,” said Birzon, 49. And with the Promenade just off U.S. 36, he said, “we’re probably 10 minutes from everybody in Westminster.”

The restaurant will be 3,800 square feet and will seat about 140 people, counting its patio. Construction started Feb. 12.

Out of state, the business is growing even faster. Through 2018, Snooze is preparing to open its third restaurant in San Diego, its fourth in Phoenix, and four more restaurants in Texas.

Snooze got its start in Denver in 2006, growing from its flagship location in Ballpark to a total of seven locations in Colorado and 17 total.

The restaurant chain’s expansion also has been good news for other local food and drink vendors. Polidori Sausages supplies Snooze in and out of state. Breckenridge Bourbon and Bhakti Chai each make an appearance on select locations’ drink menus.

The new builds are part of a push to add at least 40 restaurants in the next five years.