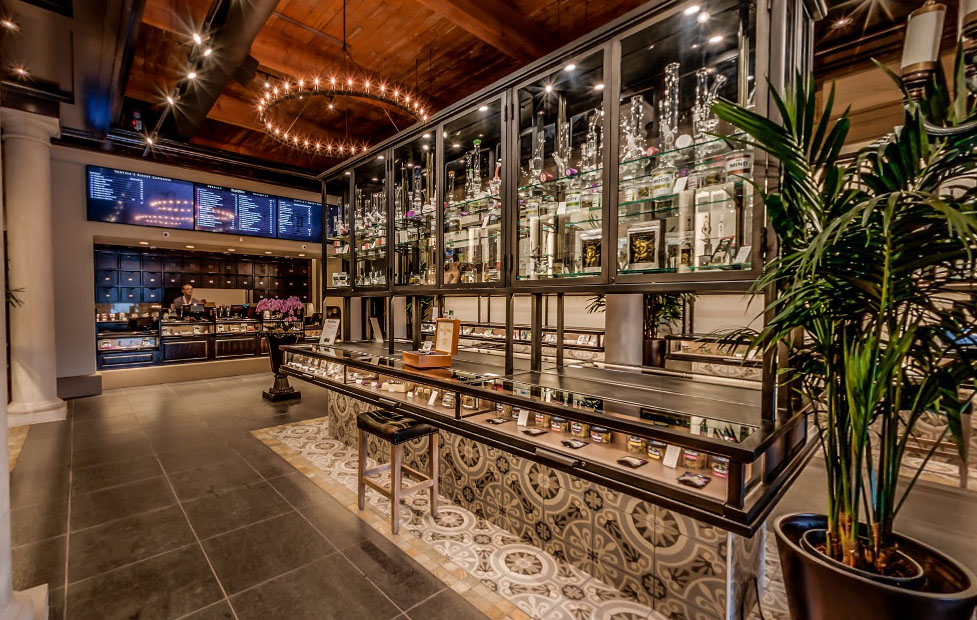 The first dispensary Neil Demers owned, Mr. Stinky’s, had a skunk for a mascot.

The second, which the 31-year-old opened Tuesday at Federal Boulevard and Alameda Avenue, has oak cabinets and Doric columns meant to give off a different aroma – luxury.

“We built a really high-end store, which this market hasn’t had before,” said Demers, CEO of dispensary Diego Pellicer Colorado. “But we have competitive prices.”

The contrast between his first and second store is by design, Demers said: Diego Pellicer aims to make customers, especially women, feel at ease by outfitting its shops with sleek fixtures from the likes of Restoration Hardware.

Demers is the first Colorado licensee of Seattle-based Diego Pellicer, a publicly traded firm that leases grow and dispensary space to cannabis businesses. But the Diego Pellicer parent company does not grow or sell marijuana products itself.

The appearance of luxury Demers is banking on has not come cheap.

Demers, who holds a master’s in finance from the University of Denver and worked for OppenheimerFunds before switching to the cannabis industry, said he put in $600,000 of his own money and raised over $3 million in equity and debt to kick off Diego Pellicer’s franchise in Colorado. 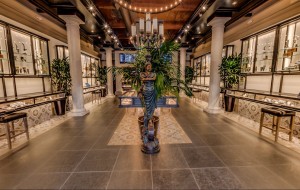 The entrance of a Diego Pellicer dispensary in Seattle. (Google Maps)

For the right to the Diego Pellicer name in a 75-mile territory from Fort Collins to Colorado Springs, Demers said he will pay $2,500 per month in his first year and scale up to $5,000 per month in a few years. He estimates his monthly rent bill at $95,000.

Demers said Diego Pellicer holds leases with the owner of each of those buildings, and subleases the space to him at a 31 percent markup.

The store stocks about $250,000 in inventory, Demers said, including branded, non-cannabis merchandise purchased from Diego Pellicer.

Then, there are one-time costs.

Demers said he spent more than $1 million gutting and renovating the new dispensary, hiring O’Connell General Contractor for the buildout and DEC Architects to work on an existing Diego Pellicer design, which resembles its store in Seattle.

He doesn’t plan to stop there.

In one grow operation, Demers is adding more lights. He’s also renovating the company’s small infused-product facility, so it can get city permits to expand beyond its current products, like rosins and cannabis cigars.

Diego Pellicer on Federal & Alameda is the nicest marijuana retail store I have been in! The staff is professional and very knowledgeable. This is not your typical store. If you are looking for a high-end marijuana store, look no further. This store should be the flagship for all other stores in the industry. This industry is here to stay; if you ever had a doubt about the professionalism of the industry, visit the store. The owner and his team are committed to excellence.