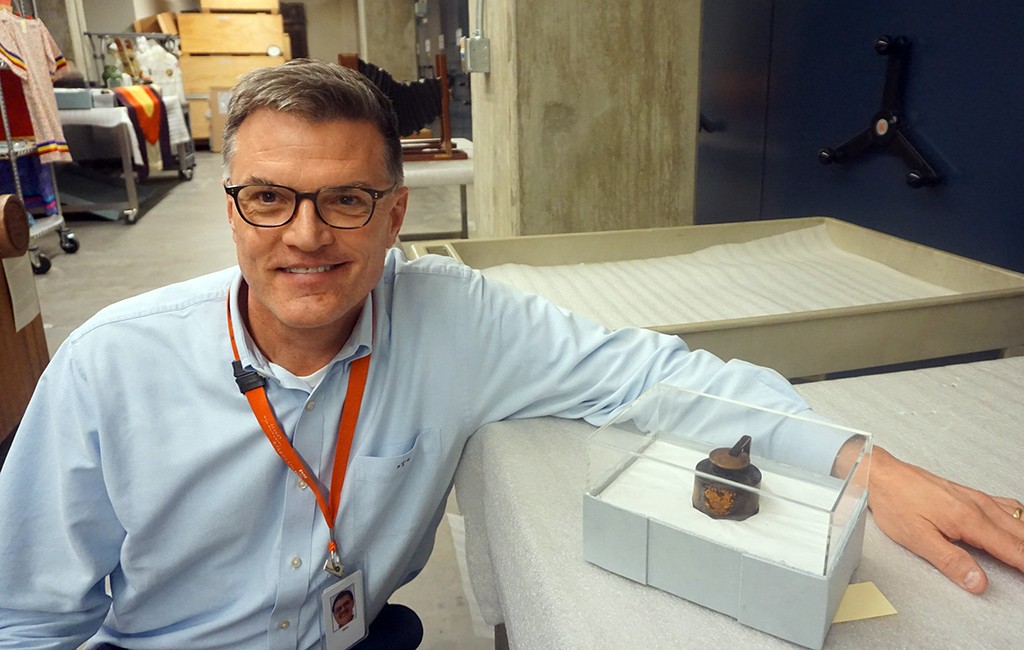 To make its latest exhibit, the History Colorado Center is using its own artifacts, Colorado money and art from down the street.

“Backstory,” which opens March 18 at 1200 Broadway, pairs work by artists with contemporaneous artifacts from History Colorado. It makes good on a promise from the nonprofit’s new executive director, Steve Turner: Focus on Colorado history to boost attendance and cut back on traveling exhibits to save costs.

“We’ve heard from our members that there’s a reason they belong to History Colorado. They want to learn about the history of the American West,” said Turner, who took over as executive director in June 2016. “This is responding to that. The cost of this exhibit is significantly less than what we have spent on the traveling exhibits.”

History Colorado will spend between $200,000 and $250,000 on the exhibit, Turner said, about half the price of a typical traveling exhibit.

The museum also tapped money from local donors to pick up the tab. The Sturm Family Foundation is sponsoring the exhibit, with additional grants from the Anschutz Foundation, U.S. Bank and CoBiz Financial.

“That’s something we did not see in our traveling shows,” Turner said. “Those did not really connect with our local businesses and our local funders, and so they just were not as interested in helping us as they have been with this one.” 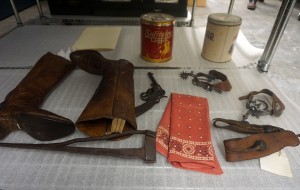 Western artifacts that will be showcased in the “Backstory” exhibit. (Kate Tracy)

Unlike a traveling exhibit, which rolls into a museum with displays and artifacts before rolling into the next city after a few months, the farthest that pieces featured in “Backstory” will travel is two blocks.

The 8,500-square-foot exhibit will take visitors through a chronological look of Western American art from 1830 to 1940, displayed next to 70 of History Colorado’s artifacts from the same time period.

For example, Albert Bierstadt’s 1863 painting “Estes Park, Long’s Peak” will be showcased alongside artifacts including a Civil War drum and an old advertisement for free land in Colorado.

“Bierstadt was showing, ‘Look, here is the American West. This is where everyone can escape to. This is free land,’” Turner said. “This is really about not just who was the artist or what style of painting this is, but what really was happening that made the artist paint what they painted.”

The exhibit was designed by four chief curators and historians from both museums and will run until Feb. 18, 2018. The price to see “Backstory” is the same as a normal History Colorado ticket: $12 for adults, $10 for students and seniors, $8 for children ages 6 to 12 and free for children 5 and under.

Besides the History Colorado Center, History Colorado is in charge of the state’s historical preservation, educational programs, 12 statewide museums and sites, and historic preservation grants. The organization had a $2 million deficit for the fiscal year ended June 30, 2015, according to its most recent annual report.

Turner said attendance was lower than past years because it did not have new exhibits in 2016. In the next five years, Turner plans to double paid attendance at the museum. Colorado History’s next exhibit, slated for the fall, will show the history of the Centennial state in 100 objects.

The 8,500-square-foot exhibit will take visitors through a chronological look of Western American art from 1830 to 1940, displayed next to History Colorado's artifacts from the same time period.