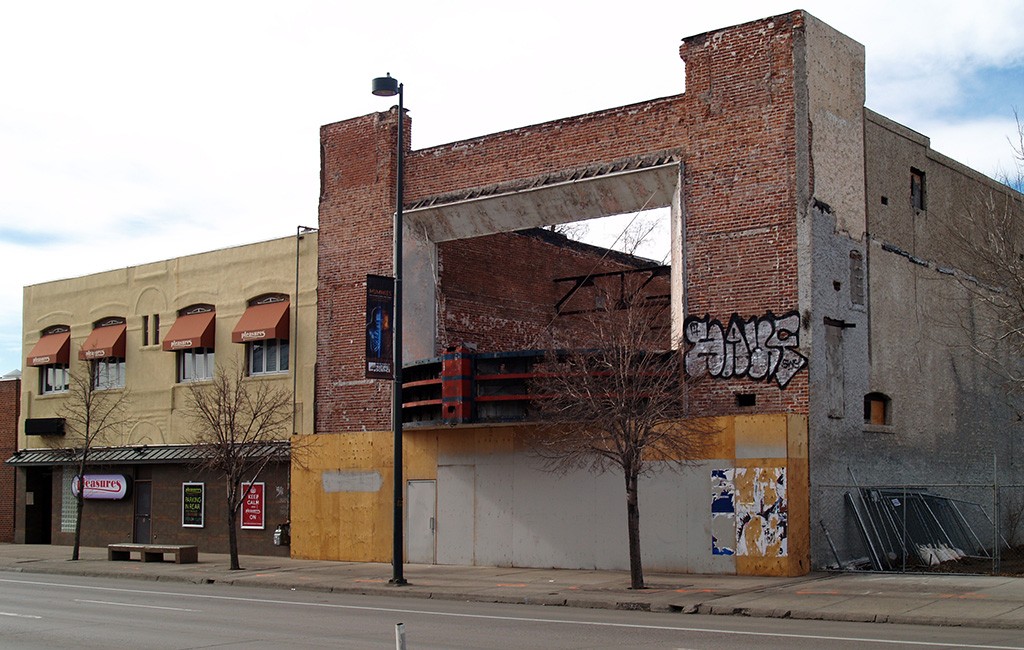 Construction crews have peeled the roof off a former X-rated theater on South Broadway to make way for a distillery.

The most recent site plan for the project, submitted in November, shows the distillery and tasting room on the first floor. There’s space set aside for a bottling operation and cold storage space. A second-story gallery space will overlook the distillery below.

The plans call for nearly 13,000 square feet of development.

Wade Murphy of Archetype Holdings is listed as the building’s owner. He bought the real estate in September 2015 for $2.6 million, city records show. Plans also list Michael Chapyak as the owner of the distillery.

Neither Murphy nor Chapyak could be reached for comment by press time.

Architectural Workshop is the architect on the project.

The building has been a vacant remnant of South Broadway’s somewhat seedier past, since Kitty’s South moved out in 2007. Kitty’s had been in the building since the 1970s. The 100-year-old, two-story building was originally built as a silent movie theater – for non-X-rated flicks.

The building’s previous owner, Maury Handler, put the building on the market at an asking price of $2.7 million in April 2015.

The site's new owner plans to clear out the former X-rated entertainment purveyor to make room for stills, a tasting room and a small office space.