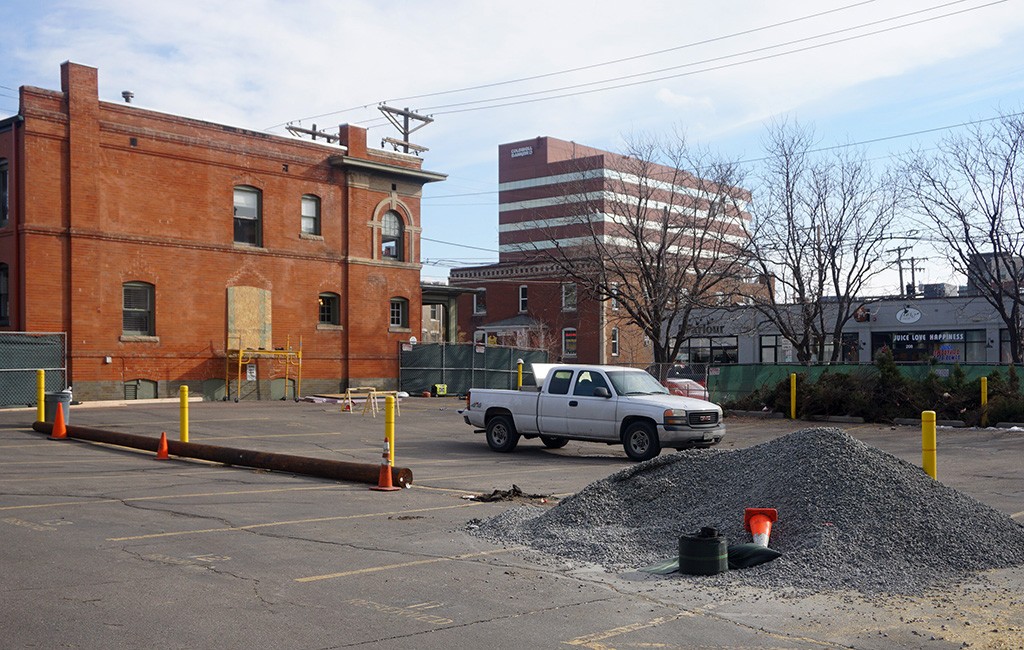 Construction will soon begin at the site, on the corner of Seventh and Sherman. (Burl Rolett)

Cap Hill’s restaurant scene is going to get a little more crowded.

With new apartment buildings popping up around the neighborhood – including one Elevation built – Farber said people will be hungry for more places to eat.

“It’s one of the densest neighborhoods in Denver, and it’s only becoming more dense,” Farber said. “There’s going to be a higher demand for restaurants in that neighborhood.”

Elevation plans to spend about $1.3 million on construction, and estimates space will lease in the low $40-per-square-foot range. Farber said the firm will break ground this week and hope to finish this summer. 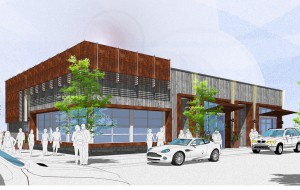 A rendering of the planned three-store retail strip. (Courtesy Elevation)

The project is something of a diversion from new construction developments the Governors Park area. As with many other Denver neighborhoods, patches of vacant land have been snatched up by apartment developers with visions of granite countertops, mountain views from rooftop decks, and sky-high rental rates.

“We really took a hard look at the site. We looked at residential, we looked at everything” he said. “But it’s a smaller site. It would be tough to densify it to eight stories because you couldn’t park it.”

Galloway designed the one-story retail building. Waner Construction Co. is the general contractor. FirstBank is financing the construction. Farber said his firm plans to contract a broker to lease the space, but hasn’t yet.

The Tacos Tequila Whiskey will be that eatery’s third Denver location. The company has a spot on Colfax Avenue near City Park, and another in the Highlands at 32nd Avenue and Irving Street.

With most of the neighborhood’s new retail space squeezing into the first floor of new towers, Farber thinks his single-story walkup spot will stand out.

“You don’t see a lot of just straight retail deals anymore,” he said. “We wanted to do something unique, and design something that is really appealing to the eye.”

Construction will soon begin at the site, on the corner of Seventh and Sherman. (Burl Rolett)

The property's developer is counting on a wave of new apartments popping up in the neighborhood to fuel a trio of Seventh Avenue eateries.