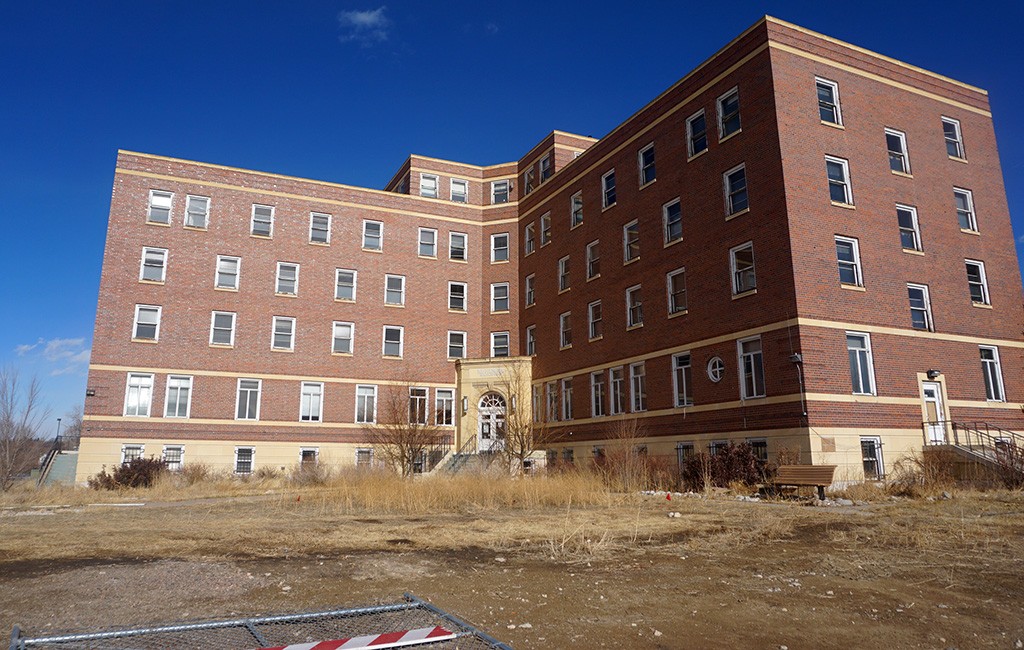 The Kuhlman Building, a former nurses’ dormitory, will be renovated into 49 apartments. (Burl Rolett)

With a land deal nearly inked, two Denver developers are getting ready to dig into the next block of the Sloan’s Lake St. Anthony’s site.

In 90 days, Trailbreak Partners and Koelbel & Co. plan to close on the northeast block of the former St. Anthony’s hospital site, where they plan to build 49 subsidized housing units and about 25 for-sale, market rate townhomes.

Trailbreak and Koelbel are teaming up to develop the block bounded by 16th Avenue, Perry Street, 17th Avenue and Quitman Street. The site hosts a six-story brick building that was previously used as nurses’ dormitory.

The Kuhlman Building, as the former dorm building is called, will be renovated into 49 apartments set aside for renters making about 60 percent of the area’s median income. Trailbreak and Koelbel also will redevelop a 5,000-square-foot auditorium on the back of the building into retail space.

They’ll then add a new, café-type retail building near the corner of 17th Avenue and Perry Street.

The last part of the plan is a U-shaped row of townhomes on the block’s western side, with units fronting Quitman Street, 16th Avenue and 17th Avenue. 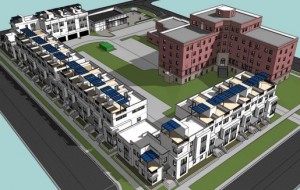 A rendering of the planned townhomes at the Sloan’s Lake St. Anthony’s site.

Elenowitz said they will range from about 1,400 square feet to 2,200 square feet. He hopes the townhomes will stand out from residential development in the Sloan’s Lake neighborhood because there aren’t many for-sale townhomes planned within the 19-acre former St. Anthony’s site.

“These are right on the lake, and at the core of all the activity that is developing here,” Elenowitz said.

Elenowitz said his goal is to buy the land from the St. Anthony’s site’s master developer EnviroFinance Group in the next three months or so. He hopes to begin construction in late 2017 and open the apartments and retail space in 2018.

The townhomes, he said, may come out in phases, depending on how quickly they sell.

Elenowitz is seeking tax increment financing on the project, which was proposed to the city’s Finance and Governance Committee on Tuesday. He’ll fund the project with a mix of developer equity, bank debt, low-income housing tax credits, a performance loan from Denver’s Office of Economic Development and TIF money.

“It’s a layer cake of financing,” Elenowitz said. “The TIF is a significant component of enabling the Kuhlman Building itself to work, because of the extraordinary expense in restoring an old building to a new use.”

The project will add to an already humming St. Anthony’s redevelopment. Trammell Crow Residential has opened a jumbo apartment complex at the site, complete with a new Highland Tap & Burger restaurant.

An Alamo Drafthouse Cinema is under construction, and Littleton Capital Partners placed a Starbucks in a recently constructed retail building next door on Colfax Avenue. NAVA Real Estate Development is planning a condo tower on the site’s northwest edge, and a townhome project under construction dubbed Perry Row bookends the development’s east side.

Elenowitz’s involvement at St. Anthony’s started before he co-founded Trailbreak Partners in 2014. He previously worked for EnviroFinance Group as the firm was in the early stages of putting together its 19-acre Sloan’s Lake master plan.

Even then, he thought the Kuhlman Building was a good candidate for renovation as other buildings met the wrecking ball.

“The building stood out as an opportunity to try to draw some history that dates back into the 1800s,” he said. “Not just as buildings, but buildings that are providing some contribution to the welfare of the community.”

The Kuhlman Building, a former nurses’ dormitory, will be renovated into 49 apartments. (Burl Rolett)

"The location we think is just dynamite," Trailbreak CEO Doug Elenowitz said. "There's not a whole lot of waterfront real estate in Denver."