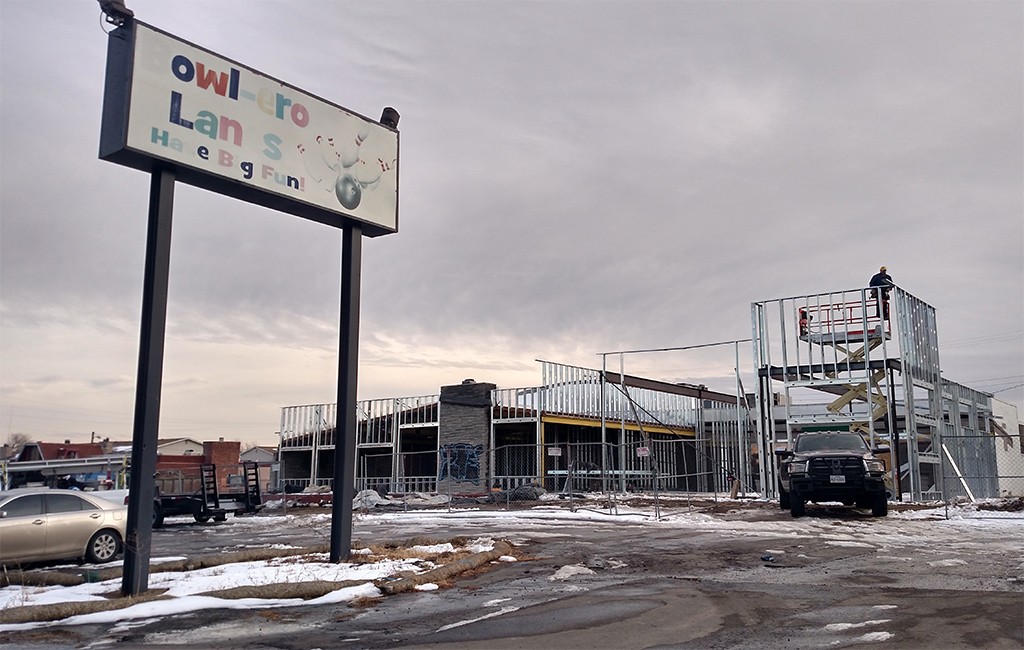 A luxury used car dealer is rolling into a shuttered Lakewood bowling alley.

Elevation Motors is turning a former Bowlero bowling alley on Alameda Avenue into a car dealership, detail shop and service center. The company, which focuses on high-end imports, grew out of a smaller spot on Eighth Avenue near Simms Street.

“We’re completely busting at the seams over here,” CEO Michael Bosson said. “And we’ve been renting for nine years and thought it was time to buy.”

Bosson, who co-owns the Elevation Motors dealership and Elevation Auto Spa detail shop, said he spent $2.25 million to acquire the site just west of Sheridan Boulevard on Alameda, and will put another $1 million into renovations.

The finished building will be twice the size of their current dealership, and sits on a couple more acres of land.

Elevation Motors has been up and running for nine years with a headquarters at 11000 W. Eighth Ave. The company sells, services, details and rents luxury autos (think Porsche, Audi, BWM and Mercedes).

With his lease expiring, Bosson said he looked at locations everywhere west of Denver, east of Golden, south of Arvada and north of Englewood.

He liked the former bowling alley’s traffic count along Alameda Avenue. Bosson said he’s always been a little tucked away over on Eighth Avenue.

“Right now I have no visibility, and this has really good visibility on Alameda,” he said. “It’s a really big lot, 2.5 acres, with a pretty big building that we could make even a little bigger.”

But the auto shop might need to tweak its business a bit to sustain the larger location.

Bosson said the business will still specialize in the top end of the market. But he’s not worried about moving less flashy rides off of the lot. He said Elevation gets plenty of Lexus, Toyota and other brands on trade-ins that he can resell.

“I usually think, is it clean? Is it something I would sell to my mom?” he said. “If I get a Prius on trade that has been well-maintained, I’m going to keep it and sell it.”

If everything goes according to plan, Elevation will occupy its new dealership by April. Bosson said a nearby Larry H. Miller dealership will move into the old shop to store its overflow inventory.

Bosson said he ripped out a drop tile ceiling, exposing what he called a cathedral-like original ceiling. But he’s hoping to keep some of the building’s past life in his company’s new dealership.

“It’s a historic bowling alley, it’s one of the oldest ones in the state,” Bosson said. “So we’re trying to keep a couple of lanes in there.”

Elevation Motors is turning a shuttered Bowlero bowling alley into a car dealership and service center, after running out of space on Eighth Avenue.

Can’t wait to see the new store!
I have purchased 2 cars from Elevation
Motors.
Great people to deal with, very accommodating!
Would not buy a car anywhere else!