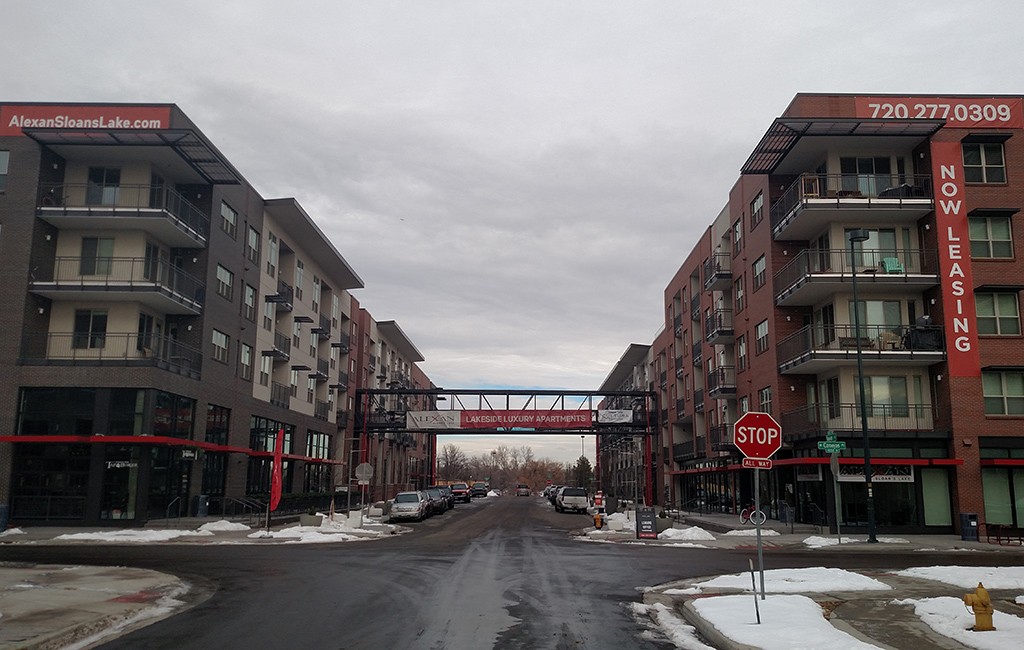 The first big piece of the St. Anthony’s redevelopment in Sloan’s Lake is already on its second owner, after a nine-figure sale this week.

“We’ve been cautious in Denver because of all the new supply, but for us what resonated was the unique location of this property,” he said. “It is removed from the downtown core, so we feel like we are insulated to a large degree from all the supply coming online.”

Alexan Sloan’s Lake is made up of mostly one-bedroom and studio apartments. The units average 744 square feet, with average rent around $1,750. The lowest-priced units are closer to $1,500.

ARA Newmark brokers Terrance Hunt, Jeff Hawks and Shane Ozment worked the deal for the seller. Hunt said the building was more than 75 percent leased at time of sale.

The brokers listed the property in late summer and put it under contract about two months ago. 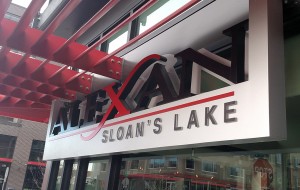 Hunt said Alexan drew about 10 offers, and potential buyers saw it as an opportunity to get in just as Sloan’s Lake takes off.

“It’s seen as an emerging market, because the neighborhood is still in its infancy,” Hunt said. “You’ll see two other major buildings, a movie theater and five or six other restaurant concepts going into the area.”

Hunt said the complex offers amenities centered on the lake and park. The leasing office will rent out stand-up paddle boards, cruiser bikes and kayaks, he said. He also cited restaurants Sloan’s Lake Tap and Burger and the yet-to-open Cultura among the building’s draws.

The complex spans two blocks at the former St. Anthony’s hospital site, where developer EnviroFinance Group has master-planned a 20-acre, mixed-use community. A new condo building, townhomes and an under-construction Alamo Drafthouse Cinema also are planned for the site.

While Alexan Sloan’s Lake is new, Kim said Castle Lanterra might tinker with cabinets, flooring, backsplashes and other finishes, just to see if they can rent out a more upscale apartment.

But without any major upgrades to make, or deferred maintenance to take care of, Alexan Sloan’s Lake is a bet on the neighborhood.

“We feel like this locale is in the second inning of growth,” he said. “So it’s definitely a long-term play for us.”

Castle Lanterra is a private real estate company based in New York. Hunt said he has seen a trend toward bigger apartment deals going to private groups instead of institutional investors.

But, he added, that may not continue into 2017 as the big institutional players look to rebalance their portfolios between stocks, real estate and other investments.

“A lot of the institutional buyers backed off a bit to see what would happen with the elections and so forth,” he said. “A lot of these deals we’ve been doing are going to more private capital groups.”

The first big piece of the St. Anthony's redevelopment in Sloan's Lake is already on its second owner after a nine-figure sale this week.