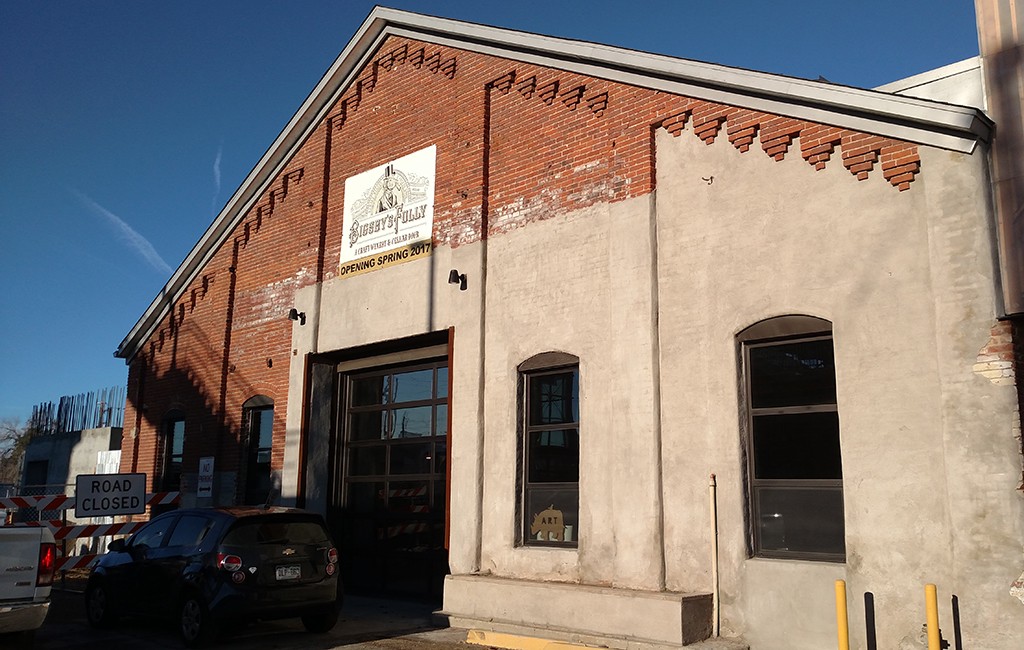 Bigsby’s Folly will open next spring near the corner of 36th and Wazee streets in RiNo. (Burl Rolett)

RiNo might not be Napa Valley. But that’s the point for a Denver couple working on a new winery in the fast growing neighborhood.

Chad and Marla Yetka plan to launch Bigsby’s Folly next spring, a winery near the corner of 36th and Wazee streets in RiNo. The husband-and-wife team hopes to replicate the ubiquitous neighborhood brewery – but with vino.

“The number of brewpubs in the United States has doubled in the last five years, despite the fact that beer consumption has actually gone down per capita,” Chad Yetka said. “Wine is growing at double-digit rates, so we want to apply the same concepts of a brewpub to wine.”

The Yetkas signed a seven-year lease for a 7,000-square-foot warehouse in RiNo about two months ago, after a nine-month site search. The brick building formerly housed a concrete company.

Making wine has always been in the Yetkas plans. Or, at least their long-term plans.

“We’ve always loved wine,” Chad Yetka said. “And we always thought our retirement plan would be to buy a small plot of land and slowly lose our money in Napa.” 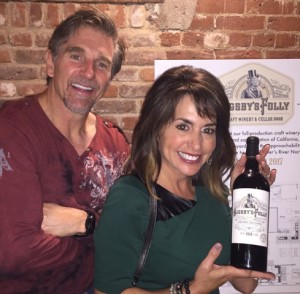 But retirement – at least from a more regular 9-to-5 – came early when Chad Yetka left a job in the oil and gas industry late last year. At that point, he said, the Yetkas thought “why wait on a dream?”

But dreams, of course, cost money. To come up with cash, the couple put their Wash Park home on the market and decided to move back into a smaller house in the neighborhood that they had lived in previously, but since rented out.

Marla Yetka joked that’s partly where the “Folly” part of the name came from. “Bigsby” was the couple’s first Golden Retriever.

They also thought the name Bigsby had a Gatsby-esque, Prohibition-era ring to it. They’re planning to draw on that time period for the design and vibe of the winery. The Yetkas said during Prohibition, it was common for wine drinkers to make wines at home in urban areas.

But while the Yetkas are well-versed in wine history, neither of them has much experience making wine. So they’re bringing on winemaker Chris Nelson from another urban winery in San Francisco.

The couple tapped friends in California to get in touch with several potential new hires and conducted job interviews via Skype. That is, the candidate would mail samples of their wines to the Yetkas and they would discuss them over a virtual wine testing from three states away.

Marla Yetka said while far from a typical job interview, the process worked because they wanted a head winemaker who could explain wine to visitors who aren’t aficionados – from the casual sippers whose typical orders are as simple as “red” or “white” to the enthusiasts who pick their bottles by the vineyard and the year.

In fact, a top principle for Bigsby’s Folly is the alliterative axiom “artisanal, and approachable.”

“Our winemaker says ‘nobody is scared of beer,” Marla Yetkta said. “We needed a winemaker who didn’t have a pretentious attitude and who could reach out to the RiNo crowd to make them feel comfortable.” 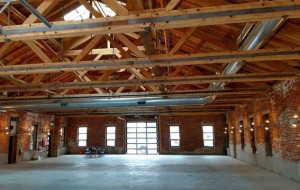 The winery is also planning on keeping one wine made exclusively from ingredients found in Colorado, which the Yetkas think will almost always be a white wine of some sort. They’re hoping to keep their flagship wine prices at about $25 or $30 a bottle, with specialty releases creeping closer to $60 or $70.

Bigsby’s Folly should be under construction in the next 90 days or so, if permits come through as scheduled. Until then, the Yetkas are hoping to bring some cash by renting out their exposed brick winery-to-be for events.

Kenney Architects is the architecture firm on the renovations, and Melissa Friday at Xan Creative is the designer. Spectrum General Contractors will head up construction. David Leuthold at Leuthold Commercial handled Bigsby’s Folly’s site search.

When Bigsby’s Folly opens next year it will be at least the second winery in RiNo. Infinite Monkey Theorem is across the railroad tracks on Larimer Street.

Bigsby’s Folly also plans serve a few beers on tap and some specialty cocktails. The winery will also keep batches of pre-aged, but unblended wines on hand so customers can come in and try their hand at mixing up their own personal wine recipe.

The Yetkas are hoping that option will be attractive for corporate events, wedding parties and even the more adventurous wine fans who just want to try their hand at coming up with their own batches.

“Part of the wine experience is finding out what you want in a wine,” Chad Yetka said. “Why shouldn’t you be able to come up with something you like, instead of going with what someone tells you?” 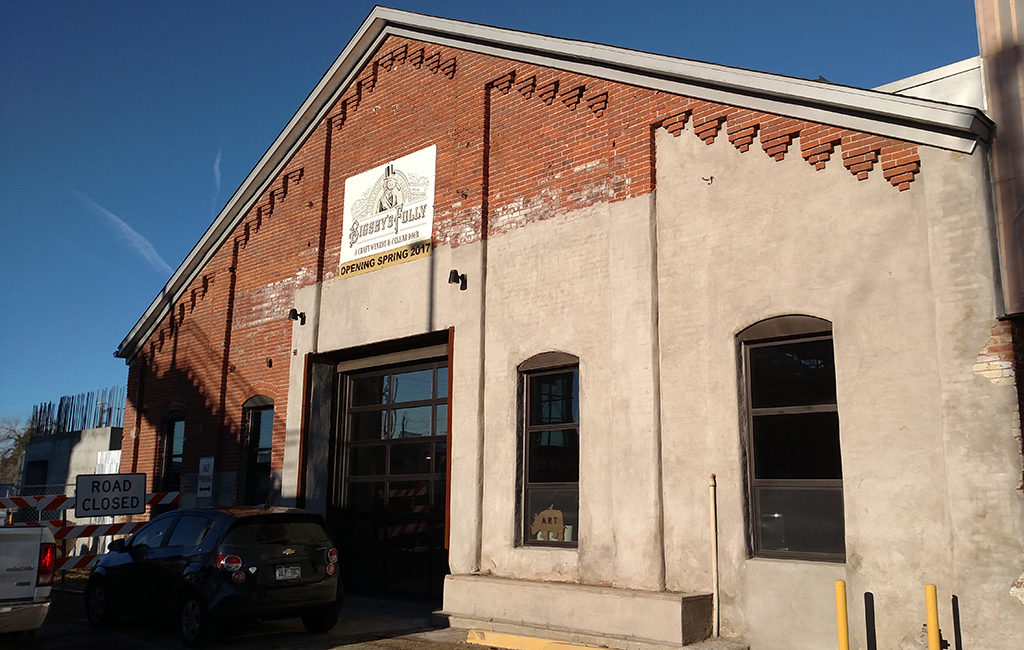 Bigsby’s Folly will open next spring near the corner of 36th and Wazee streets in RiNo. (Burl Rolett)

RiNo might not be Napa Valley. But that's the point for a Denver couple working on a new winery in the fast growing neighborhood.

RiNo? More like Wine-o. Alright, that was a bad joke. Awesome article Burl. I’m excited for this place to open. That CO wine sounds really interesting.