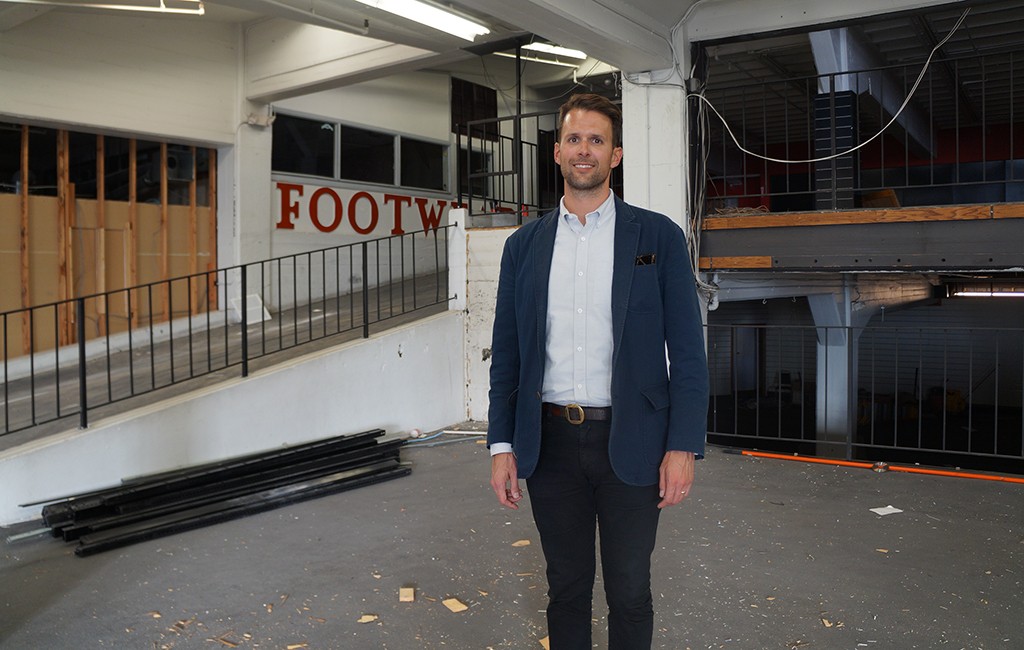 Blake Adams inside the Sportscastle at 1000 Broadway. (Amy DiPierro)

The iconic Sportscastle on 10th and Broadway has a new tenant – at least for a weekend in December.

Blake Adams is bringing his Denver Flea to the former Sports Authority store.

The Sportscastle has all the things Adams says his marketplace needs: size, location and what he calls “intrigue,” the feeling of finding a hidden corner of the city in your own backyard. Consumers, he says, want to be surprised.

“The days of, men’s clothing over here, women’s over there are gone,” Adams said. “It’s more like, how do you create a sense of discovery in a retail store?”

As for location, he said, Capitol Hill is perfect because of its high density. And at 45,000 square feet, the Sportscastle has plenty of space for the 200 vendors and sponsors slated to pitch their booths at this year’s Holiday Flea, the eleventh Denver Flea in the event series.

An on-site garage at the Sportscastle also solves a problem for food trucks and other vendors; it’s a dry place to park in case of rain or snow.

The Denver Flea, now in its third year, is a periodic pop-up market for products, food and drinks made in Colorado. Past venues include City Park, Bindery on Blake and the Denver Performing Arts Center Pavilion.

Adams co-founded the Flea with Casey Berry and P.J. Hoberman, who own the event company Two Parts. 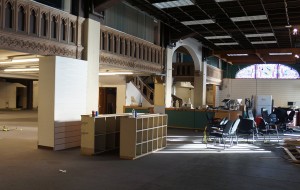 The 45,000-square-foot Sportscastle will host 200 vendors and sponsors at this year’s Holiday Flea. (Amy DiPierro)

This winter’s Flea launches on Friday, Dec. 2 with a ticketed event with unlimited drinks for $30. It continues the next two days with $5 admission on Saturday and Sunday.

Adams expects more than 30,000 attendees will pass through the Sportscastle over the course of the weekend.

This year’s Holiday Flea will be the first time the public gets to step inside the Sportscastle since Sports Authority shuttered the store at 1000 Broadway in June as part of bankruptcy proceedings.

Owner Gart Properties has hired work crews to clear out the 1926 building, with its opulent staircase just inside the front doors ramps wide enough for a car curling through its showrooms for seven floors.

The property started out life as a Chrysler dealership before Gart Bros. Sporting Goods Company bought it in 1971.  It became a Sports Authority in 2003 after the chain merged with Gart.

Some of that history is once again on display.

A demolition crew is now peeling back shelves, molding and signage that obscured much of the Sportscastle’s architecture during its Sports Authority days. One reward, so far, is a bit of sunshine from the stained glass windows facing Broadway.

Gart Properties owns much of the block between Broadway and Lincoln between 10th and 11th Avenues. President Mark Sidell said his business is still mulling what the future will hold for the Gothic-looking building on the block’s southwest corner.

“For us, it’s a fun way to stay connected while we continue to formulate our plans for the Sportscastle,” Sidell said. 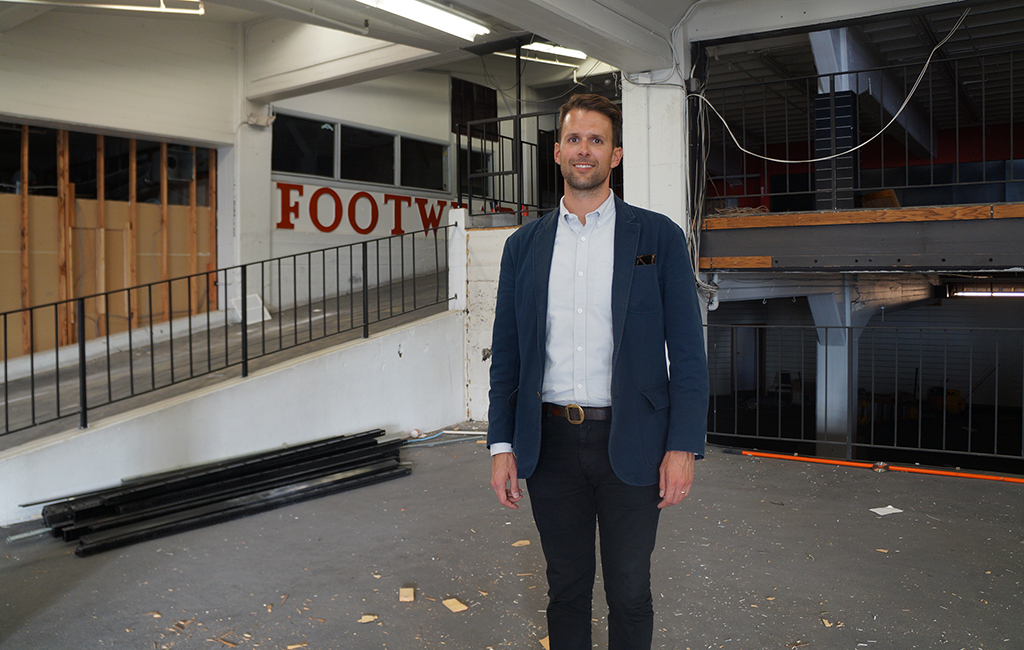 Blake Adams inside the Sportscastle at 1000 Broadway. (Amy DiPierro)

The iconic Sportscastle on 10th and Broadway has a new tenant, at least for a weekend in December: A pop-up market for products, food and drinks made in Colorado.

I am all for the Denver Flea….but what about PARKING ?????