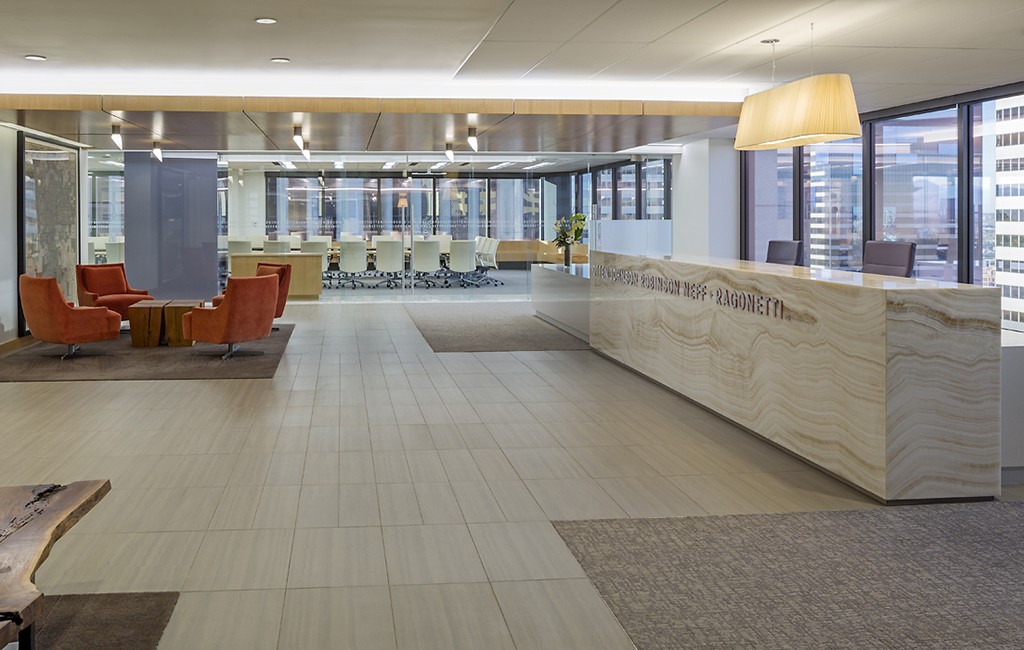 Managing director Jim Johnson said the move is the latest step in a two-year process to renovate an office occupied since the mid-1980s. He said Otten Johnson considered moving, but an old adage held sway. 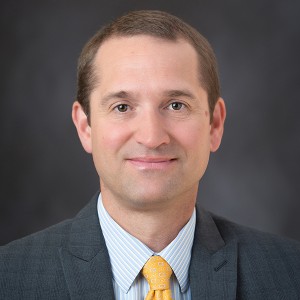 Plus, the firm gets perks like underground parking and a view of the city.

For this expansion, Otten Johnson was represented by Doug Wulf of Cushman & Wakefield. Andrew Willson and Kevin Foley of JLL negotiated on behalf of landlord Callahan Management.

Johnson said that two years ago, before its lease was up, the firm negotiated an extension with landlord Callahan.

The company then hired architects Catherine Quintero and Gillian Hallock Johnson of Burkett Design as well as general contractor Boots Construction to renovate its office on the 15th and 16th floors. The goal was to make better use of spaces carved out in the 1980s, like a library, a computer training room and desks for assistants.

Now the firm and its 60 full-time employees occupy one full floor and three-quarters of a second floor. Renovations are set to wrap up in December. The firm has a 12-year lease in the 17th St. outpost that ends in June 2028.

The expanded real estate includes space for six attorneys around the perimeter and another four or five internal offices, Johnson said. He said those offices will fill up quickly: the firm expects to hire three first-year attorneys this year and is in talks to add lateral partners as well.

Johnson said Denver’s real estate boom has been good for business – he just helped negotiate a multifamily site deal at Denargo Market – but the firm is also cautious of over-hiring in case of a cyclical downturn.

“We’re very, very busy right now,” Johnson said. “And we’re trying not to get ahead of our skis too much.” 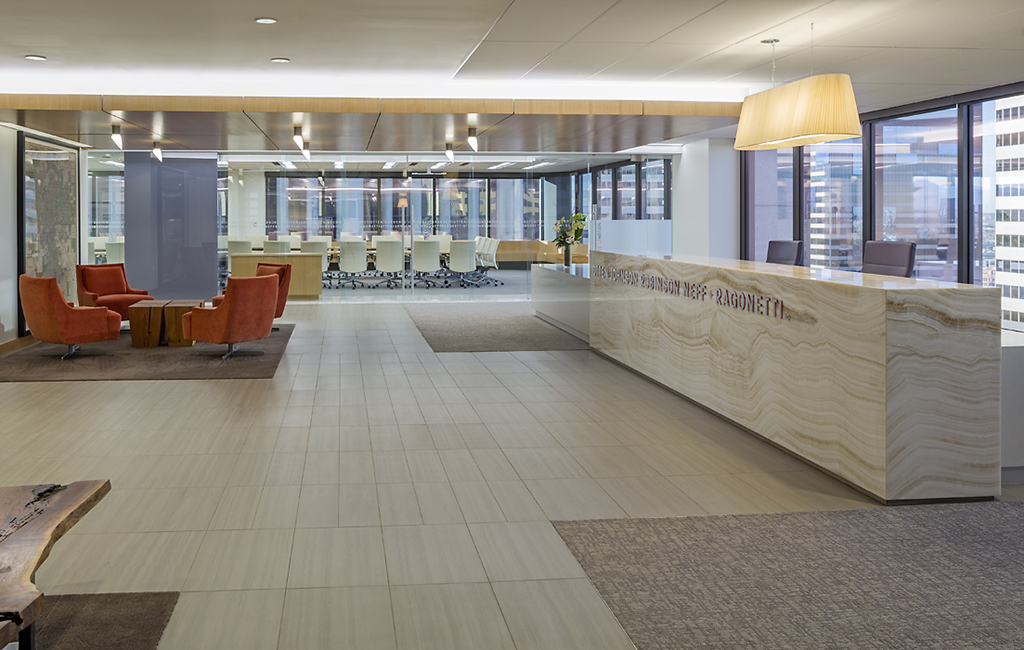