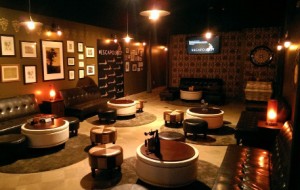 Escapology offers hour-long games for groups of eight to 10 people, where groups work through puzzles and other challenges to get out of the room before time expires.

The mission: invest $1 million into a Five Points escape room that combines seven different puzzle rooms with a cheese-oriented restaurant.

Husband and wife Victor and Tina Ronder are planning to open Escapology at the Escape Lounge at 22nd and California streets early next year.

“Nobody has combined the escape room concept with food and alcohol,” Victor said. “We’re going to have a restaurant and bar that should really complement the escape room business where people can come in and have a few drinks beforehand or eat afterwards.”

The pair leased 6,100 square feet at 2200 California St. They will operate the escape room under a franchise agreement with Escapology, making it the first escape room of its type in Colorado.

Escapology is a franchised escape room company with about 10 locations either open or in planning. It offers hour-long games for groups of eight to 10 people, where groups work through puzzles and other challenges to get out of the room before time expires.

Some of Escapology’s scenarios include a game that puts players in the shoes of a CIA operative during the Cuban Missile Crisis and another that teams participants up with Doc Holliday and Wyatt Earp in a simulated shootout at the O.K. Corral.

Victor said they will spend about $800,000 to build out the escape room, and Tina estimated they would probably have more than $1 million in the business by the time it opens in the spring.

Victor was previously a business and healthcare consultant, while Tina has worked in restaurant and hotel sales. They started talking about the escape room idea about eight months ago, as Victor said he was tossing around several different new business ideas.

“He mentioned the escape rooms, and I thought he was a little crazy,” Tina said. “But we went to a few of them and they are very fun and stimulating, if you haven’t done any they are a very interesting way to be entertained.”

They visited places both around Denver and out of state to feel out the market. The Ronders said the Escapology location in Orlando stuck out because was a more polished, professional brand. 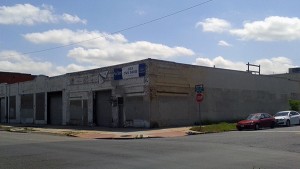 Tina called it larger than life and almost “Disney-esque.”

They settled on the California Street location after looking around for spaces in RiNo and Five Points. Tina said they could never nail down a spot in RiNo that wasn’t either out on an island away from other businesses or so tucked away that Escapology would struggle for street parking.

They liked the 22nd and California building because it sits just a block off of Welton Street, one of the fastest developing commercial corridors in Denver.

“We didn’t want to go into a really firmly established neighborhood,” Victor said. “We’d rather move into some place that’s up-and-coming, but up and coming rather quickly.”

The Escapology side of the business will feature seven separate rooms with different themes. The Ronders said they will vary in difficulty, with some rooms set up so the majority of participants will make it out and others where maybe 20 percent of the teams will complete the challenge in the allotted hour.

There are at least a handful of other escape rooms around downtown Denver, including Room 5280, Zombie Room Escapes, Epic Escape Games, Great Room Escape Denver and Puzzah!

Tina hopes theirs will stand out for its variety of games, which she said are designed and tested by Escapology corporate and changed out for fresh ones on a regular basis.

“The games we have were designed by a group of about eight different game designers with our franchisors,” she said. “They know that if people really love gaming and come in to do all seven of your games, they’ll come back, but they won’t come back for the same game.”

On the restaurant side, the Ronders are working with restaurant consultant Jensen Cummings to put together a cheese focused menu with a full bar. While they hope escape room visitors will stick around for dinner or a drink, the Ronders are also hoping to catch the lunch crowd.

“We’re right down the street from the courthouse and all of those businesses and there’s not a lot of options for those folks,” Tina said. “And I think the dinner crowd will be a no-brainer for people who want to game and eat and drink.”

The building Escapology will move into is a former car garage that owner VanWest Partners is currently renovating. Woods Boss Brewing also signed on to move into the building once construction is finished.

The Ronders are financing their operation with savings and are working on an SBA loan. Shane Martin at Arrow B Architecture is designing the space. The Ronders have yet to settle on a general contractor.

The Ronders hope guests will come and spend an evening, rather than an hour or so to show up, escape and go home. They also think their larger, 6,100-square-foot space will be a major advantage in luring corporate outings.

Victor also said the market is bound to grow. He said escape rooms have only been in the United States for a couple of years now, and estimated only about five out of ten people might be familiar with the concept now.

“We’re getting on the ground floor, it’s a trend that we hope will last for a while, but that was one of the big benefits for us,” he said. It’s an opportunity to get involved in something pretty much from day one.” 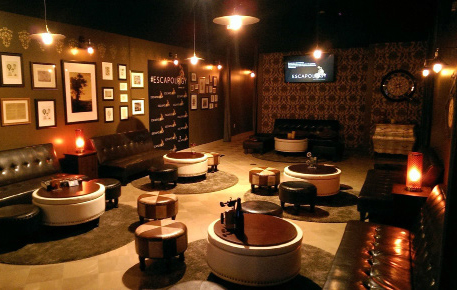 Good PR! I wish you the very best in this new venture. Keep me posted.

Great article! I’m so excited for this venue to open and be successful! Can’t wait to check it out when we visit Denver in the near future!