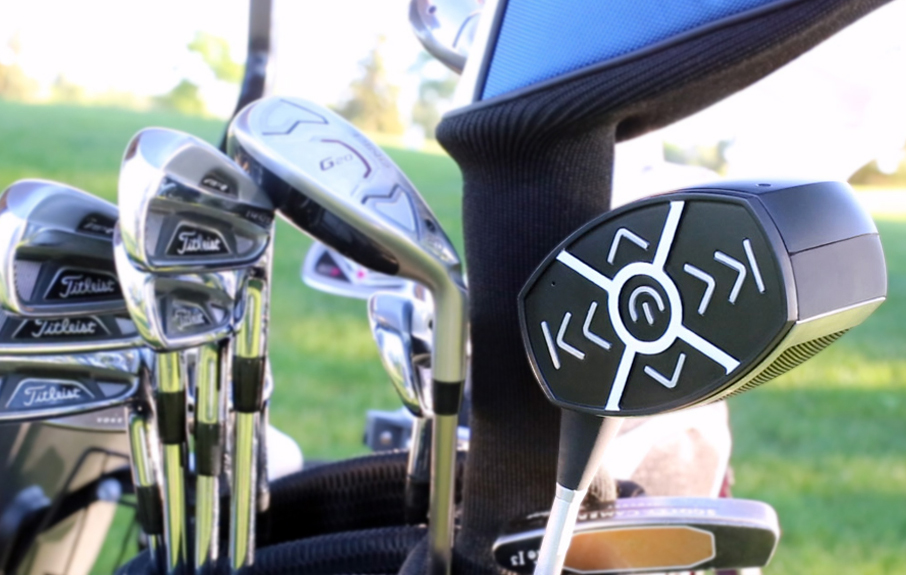 The speaker can’t be heard 100 yards away, fits in a golf bag and can be instantly muted in order to avoid disturbing other golfers. (Courtesy Sound Caddy)

Henry Adams thinks one way to find the rhythm on the golf course is to have music blasting from a golf-club-shaped speaker he invented.

Adams dreamed up the Sound Caddy after the day the music died: he was playing a casual round with pals in 2014 when his cell phone ran out of juice, hushing the music.

“I think golf is changing from a stodgy, rich-old-white-guy sport to a more laid-back, performance-based one,” said Adams, a lifelong golfer who grew up next to Wellshire Golf Course. 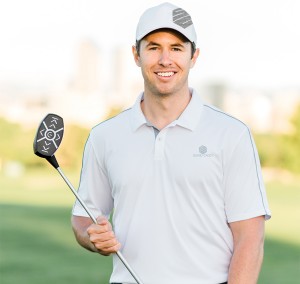 “I wanted to create a product that reached out to the everyday golfer who works 9-to-5 all week and just wants to have fun, drink a beer and listen to music while playing.”

The face of the Sound Caddy “club” allows users to control song selection and volume to the connected device, as well as take calls. The product is designed so that only golfers near the speaker can hear their tunes. Golfers on other fairways won’t hear the music. And the device can be instantly muted in order to avoid disturbing other golfers.

“I thought it would be challenging for a course to allow a disruptive technology, but a lot of the public courses we’ve talked to have been amazingly receptive,” Adams said. “I think they all have been scratching their head as what to do to bring millennials back to the golf course.”

Adams drew a sketch of Sound Caddy shortly following that 2014 outing but sat on the idea for a while. After finding that marketing and design firms would cost too much to help bring the product to life, Adams brought on an investor in Broomfield-based Level Terrain in 2015 to bring the Sound Caddy to life.

While the company has yet to sign any purchase order agreements, Adams feels optimistic that consumers will see Sound Caddy in sporting goods stores because of Level Terrain’s distribution channels. He plans on attending golf industry expos and tournaments in the spring. Sound Caddy is also working on an advertisement agreement with Golf Digest magazine.

Adams said he thinks the product will sell in stores for $130.

The speaker can’t be heard 100 yards away, fits in a golf bag and can be instantly muted in order to avoid disturbing other golfers. (Courtesy Sound Caddy)

A residential real estate agent hopes his audio invention will bring a more relaxed vibe to the golf course.

Just bought one and had it jamming on the course yesterday..Awesome!! To get millennials back to the course definitely have to MAKE GOLF FUN AGAIN™ and Sound Caddy is a great way to start!!