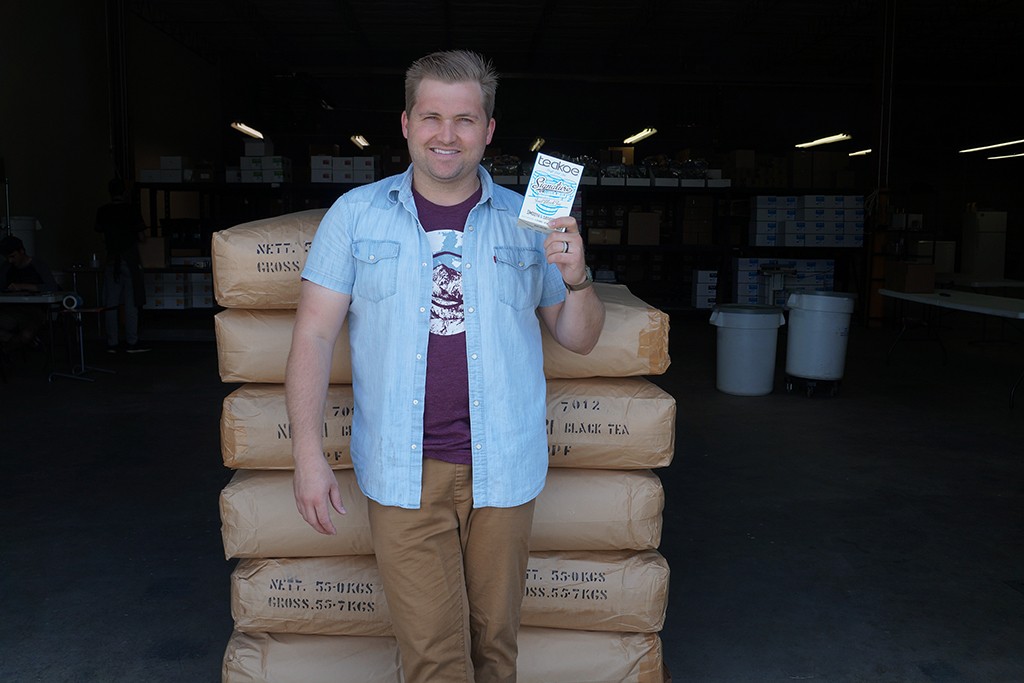 Pete Jokisch brewed a hobby of mixing teas into a business that cleared $675,000 in revenue last year.

Now the 32-year-old wants his startup, Teakoe, to crack the can market. He’s building out a 7,500-square-foot production site with all the trappings of a craft beer brewery and taproom.

“We’ll do everything a brewery would; except fermentation,” Jokisch said of Teakoe’s new home, which is two blocks from the 40th & Colorado light rail station. “Our brewery is where we’re going to brew our product and can it onsite. And that is the product that we see as the future of our business.”

Jokisch wants to sell cans to control the tea’s consistency. Brew a tea too long and it tastes bitter, too short and the flavor is weak. Can the teas onsite and each sip will taste just right, he said.

But he also knows retail is a challenge. The price point for beverages is so low – Jokisch reckons Teakoe cans would go for between $2 and $2.50 each – that brands need to produce a lot to compete. Then the beverage has to sell. 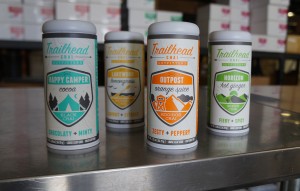 “Once you get (a consumer) to try it, it’s got to be one of the best products they ever try,” he said.

“You have one shot to really impress someone.”

That’s why Teakoe dipped its toe into retail by self-distributing dry packets to grocery stores as “kind of a beta test” to gauge consumer appetite and gain experience working with retail displays. In 2015, a year after starting retail, the segment accounted for a quarter of revenue, Jokisch said.

The brewery and taproom is another way that Jokisch is positioning Teakoe to give fellow bottled beverages like Honest Tea and Pure Leaf Tea a proper steeping. It also faces local competitors; Xingtea sells canned teas, while Teatulia sells dry teas for retail.

After a six month search for a new space, Teakoe leased 4206 Madison St. in July. Jokisch said the location, which Teakoe landed through Cushman & Wakefield broker Tyler Bray, is great for distributing through the I-70 corridor.

Once canning is up and running, the startup has struck a deal with United Natural Foods to distribute, Jokisch said.

Jokisch envisions a front patio with seating, an entryway with retail displays for the cans and a storage unit tucked into a corner of the production floor as a taproom for customers to sample the teas.

Beyond that, Jokisch plans to have two manufacturing lines: dry teas on one side and liquid brewing and canning line on the other. Two floors of offices in one corner reach up to the 16-foot ceilings, with windows overlooking both lines.

All told, Jokisch said the budget for equipment and renovation is about $500,000.

Weak brews have never been Jokisch’s cup of tea, going back to the time when he was a student at Colorado State University and started blending herbs and leaves for a less sugary alternative to sodas and sports drinks. He thinks consumers will welcome teas with moxie – a creamy and smoky white chocolate chai, a pineapple yerba mate – the same way they sip craft beers with big flavor.

“I think a lot of companies push the health side of the business, which with tea is inherently there,” he said. “We really push the flavor first, which is what differentiates us. You’re going to continue to drink what you think tastes best.”

The company looks to crack the can market, with a 7,500-square-foot production site resembling a craft beer brewery and taproom.

Wow, I’m so impressed with Pete and his company Teakoe!! ??????
In just a few short years in the market he has taken this company from a little startup to the growing empire it is quickly becoming today. It’s so nice seeing someone like Pete with such a great work ethic and attitude for success having such a successful go at his dream! He’s a great guy and I’m so happy for him and his newly wed wife Ashley and new son, such a great American success story!!

Keep up the good work buddy and aloha 🙂