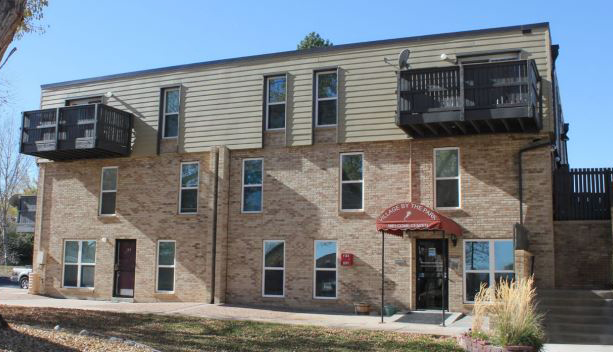 An Adams County mixed-income apartment complex has a new owner after an eight-figure sale last month.

An entity tied to Lakewood-based Hudson Grove Property Management bought Village by the Park, an income-restricted Northglenn apartment complex, from a pair of nonprofits last week for $26 million.

“The maximum allowed rent would be much higher than you could actually get, so they’re effectively market rate apartments,” he said. “The buyer saw an opportunity to advantage of the 120 percent units to increase rents past where the seller had them.”

Village by the Park is a 288-unit complex at 10701 Pecos St. in Northglenn, just south of the 83-acre Northwest Open Space park. The community’s 24 brick buildings were built in 1971.

Using 2016 figures from the Colorado Housing and Finance Authority, the area median income for Adams County is $56,100 for a one-person household, meaning renters could make more than $67,000 a year and still qualify for a unit in the building. 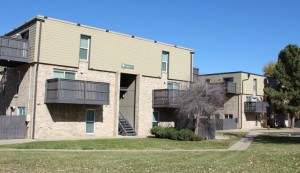 The 30 percent AMI apartments, however, would be set aside for renters making no more than $16,830 per year.

While Village by the Park rents are near the maximum level the CHFA will allow for the more restricted units, Hornstein said the rates on the 120 percent units are still far below CHFA’s limits.

The market, however, isn’t as generous.

An offering memo Hornstein provided said one-bedrooms at Village by the Park average only about $793 per month. It also estimated the market rate on those units at about $900 – Far below what CHFA allows but about 13 percent more than the units are currently renting for.

But the affordable housing component also offered buyers a hedge against a potential downturn.

“It’s kind of a recession-proof asset,” he said. “With apartments at 30, 50 and 65 percent AMI, you’re always going to be able to find tenants who can meet those maximum rent levels.”

Hornstein handled the sale with fellow Pinnacle broker Scott Fetter. The business came their way through a previous relationship with the sellers.

About three years ago, Hornstein said, he represented the group that sold the building this time around in its acquisition of Village by the Park. Adams County real estate records show they paid about $19.6 million for the property in that deal, which closed in March 2013.

This time, Hornstein said, they didn’t do a full marketing program on the property. Instead they sent it around to only a handful of potential operators he thought would be interested.

The buyers ended up assuming an existing $16.5 million loan on the property and took on about $3 million in new debt as well to close the deal.

“The affordable housing component associated with it narrowed the pool of buyers because some just wouldn’t consider it,” he said. “But the common trait among buyers was they all had experience with some kind of affordable housing properties, so they understood the benefit.”

An Adams County mixed-income apartment complex has a new owner after an eight-figure sale last month.