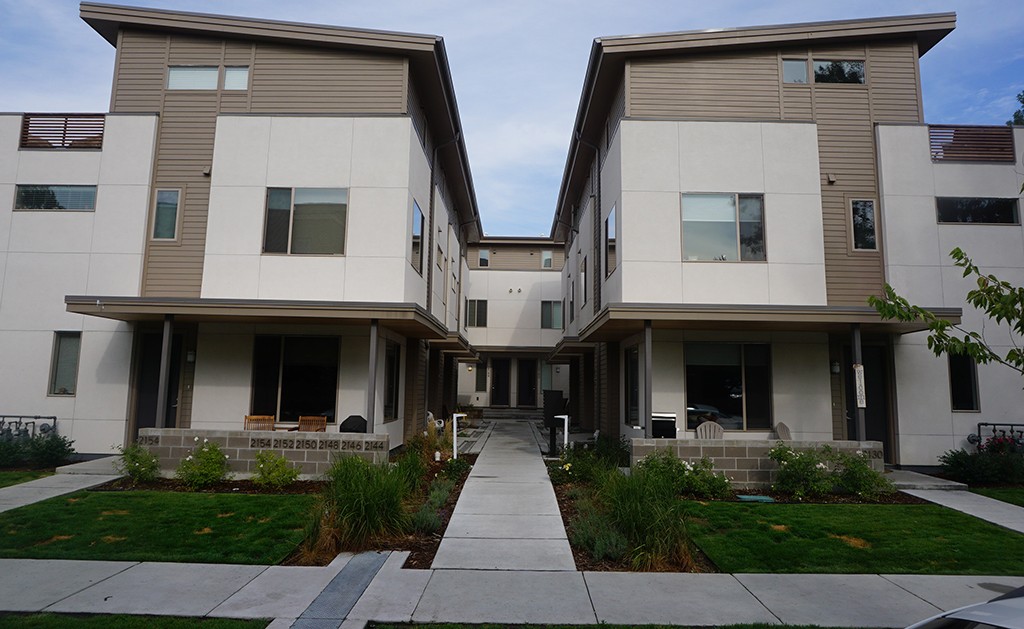 Two of the slot houses with a small courtyard in between. (Burl Rolett)

Denver city council pumped the brakes Monday on a pair of zoning codes it determined have led to unintended development consequences.

City council imposed moratoriums on planning approvals for commercial buildings without off-street parking and residential projects with a pair of buildings facing each and separated by a small courtyard or walkway.

The former moratorium will last for seven months while the latter will run for a year with each beginning on Aug. 25, and no new projects seeking approval during those periods will be approved.

The parking issue relates to an exemption in Denver’s zoning code that allowed developers to build on small lots measuring 6,250 square feet or less without providing off-street parking. The intent of the rule, according to a city-issued newsletter, was to encourage investment on small parcels and adaptive reuse of existing buildings.

Since 2010, only one building, a 3-story development at 3201 Osage St., has taken advantage of the exemption. As micro-units have exploded in popularity, however, 11 projects are now in various stages of the development pipeline with aims to capitalize on the small lot parking exemption.

The current moratorium would not prevent those projects already under review from earning approval. 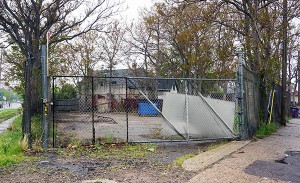 In May, Gaddis Properties planned 56 micro apartments near the 30th and Downing light-rail station.

Among those are a 50-plus apartment project between two lots at 30th and Stout streets and two buildings on small, adjacent lots that would bring more than 100 apartments to the corner of 16th Avenue and Humboldt Street.

Those two projects would include “micro-units,” apartments in the neighborhood of 300 square feet or 400 square feet that cater to renters willing to sacrifice space, storage – and in these cases parking – for a newer apartments in a popular part of town.

“In 2006 no one was imagining 350-square-foot apartments,” said Councilman Paul Kashmann, who co-sponsored the moratorium proposal with Councilman Albus Brooks. “Micro-housing units are the game changer that caused us to look for a timeout to make sense of it all.”

About 10 people in attendance at Monday’s meeting spoke on the small lot parking exemption moratorium, with only two opposed to the seven-month stoppage. Proponents argued that street parking is already a problem in Denver neighborhoods, and apartments without off-street spaces would only make it tighter.

Opponents said it was more important to keep building apartments, especially less expensive ones, to keep up with the city’s growing population.

At the end of a public hearing, council voted 12-1 to impose the seven-month moratorium. Over the next six months, Kashmann plans to get neighborhood representatives, developers, financing groups, city staff and other stakeholders together to review small lot development plans.

“Albus and I are going to sit down in the next couple of days and I know he has some ideas, as do I, as to the construct of a stakeholders group,” Kashmann said. “And we’ll begin discussions on how we can be more protective of the community while encouraging reasonable development of these small lots.”

The second development design council took up on Monday was the garden court building form introduced into the Denver Zoning Code in 2010. That design refers to a multi-unit residential development where home entrances are oriented around a common, open space instead of facing the street.

Councilman Wayne New said the code was drafted to allow new residential developments with large, open courtyards and gathering spaces between wing buildings facing each other instead of the street.

Instead, New said, recent projects have used the garden court building form to build residential complexes with “no garden, and no court.” The garden court form, he added, is being used to build twin row homes separated by only a narrow corridor running between the two buildings. The current code requires only a 15-foot court between a pair of buildings.

Three projects at Boulevard One, 3800 Franklin St. and 201 Garfield Street are moving through the planning process, and will be exempted from the garden court form moratorium.

The temporary ban will also allow projects to move forward if they include a courtyard that is as wide as the height of its surrounding building; developments with dwelling units that are arranged side-by-side and not above one another; and projects with a minimum 50 percent permeable courtyard service.

This fall, Community Planning and Development will look into an amendment to address so-called slot homes, which use the garden court form to turn buildings sideways orienting home entrances into a narrow interior corridor and putting the sides of row homes street-side.

The yearlong moratorium on the garden court form passed by an 11-2 vote at Monday evening’s meeting. 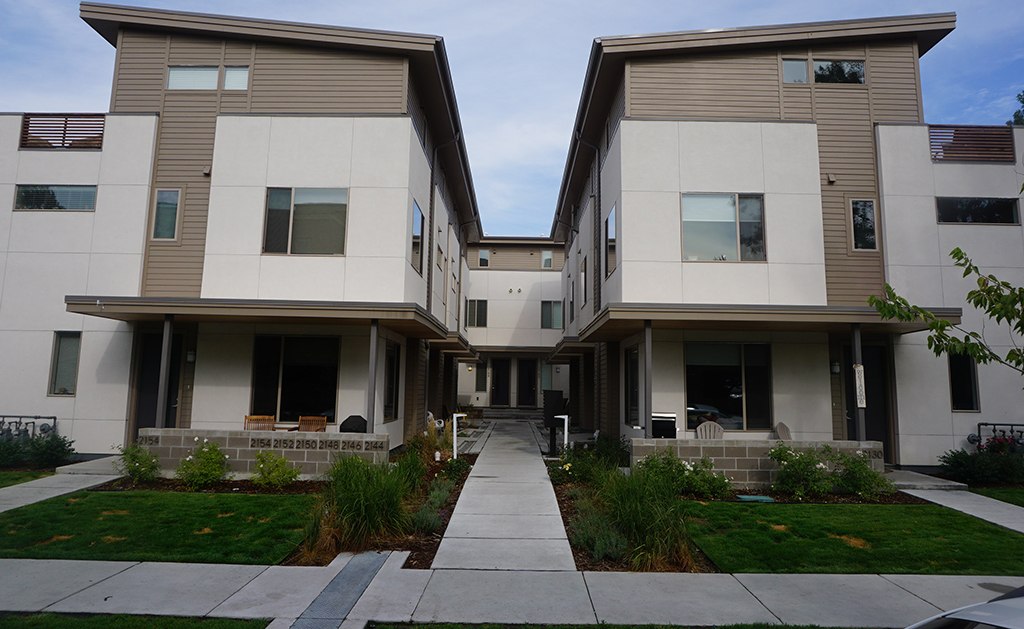 Two of the slot houses with a small courtyard in between. (Burl Rolett)

City council on Monday imposed moratoriums on planning approvals for commercial buildings without off-street parking and residential projects with a pair of buildings facing each and separated by a small courtyard or walkway.