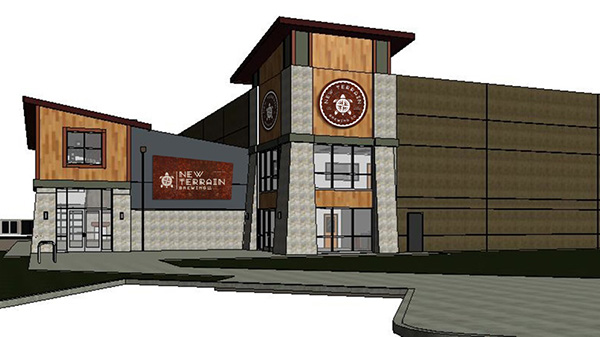 The town that Coors built has a new craft brewery.

Husband-and-wife beer makers Kaylee and Josh Robbins are leaving behind Mountain Toad Brewing in downtown Golden to concoct a wider variety of brews three miles away in the Coors Technology Center.

“I think we wanted some more creativity in our lineup (of beers),” Kaylee Robbins said of the 15,000-square-foot facility for the couple’s next business, New Terrain Brewing. “At this new space, we’re going to have the capability to brew everything we want.”

The Robbins used to brew and tap out at Mountain Toad’s 2,000 square feet on Washington Avenue. 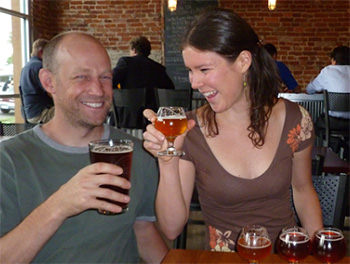 That was sufficient to satiate walk-in demand in the taproom and a few local keg customers, Robbins said, but left slim margins to experiment without running short of a house favorite.

“After opening one brewery, the locals want this IPA,” she said. “If you try to change it on them, they’re kind of like, ‘That’s not your IPA.’”

But both Robbinses missed trying out new brews. Originally, Mountain Toad considered opening a second facility at 16401 Table Mountain Parkway, at the foot of North Table Mountain between a bike park, baseball diamonds and a lake.

But when funding fell through, the couple decided to sell its stake in Mountain Toad to finance a new brewery.

(ATR Properties, which is owned by Robbins’ family, purchased the parcel. New Terrain and Kaylee Robbins’ brother, Jon Acuff of Proudfoot Cycles, a custom bicycle frame maker, will be tenants.)

The plan is to open in August with five or six beers, including an IPA, a saison, a fruit beer, an American brown ale and a cream or Kölsch light beer. Then, she said, they plan to start brewing some bigger-flavor and higher-alcohol-content beers.

The Robbinses want the taproom, designed by Studio DH and built by Happel & Associates, to feel cozy. Robbins’ favorite feature is a fireplace she hopes to surround with couches.

The last of the brewhouse equipment arrived Tuesday and when it’s all set up, New Terrain will have one 30-barrel and one 10-barrel system.
Next year, the Robbinses plan to start using a particularly local ingredient to package beers: metal can manufacturer Ball Corp. is so close, they’ve joked about sending a forklift rather than a truck to pick up orders.

“There’s infrastructure built in for beer, because of Coors,” Robbins said. “So our cans will be locally sourced.”

Sorry if I’m slow here, but I can’t tell: Will there still be a brewery (Mountain Toad or…?) at the Washington Street location?

Yes there will still be a Mountain Toad Brewing at the same location. This is a new business.