Chuze Fitness, which opened its first local spot Wednesday in Westminster, has plans to bulk up with four more Denver outposts with a simple business model: a monthly membership covered by coins in the couch cushions.

“We really started looking at (Denver) about two years ago,” said CEO and Co-Founder Cory Brightwell. 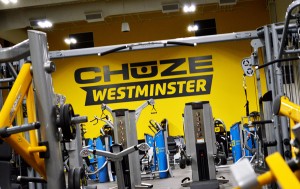 “We felt like there were not any competitors who were out there who were going to offer what we offer for the price that we offer.”

Chuze Fitness has been expanding east from its California home since launching in 2008. The family-owned company first grew to several locations in San Diego, California and then flexed into Tucson, Arizona.

“We anticipate a longer, more gradual start here because no one knows us,” Brightwell said.

Westminster is the first of a potential five locations set to open in Denver over the next 12 months. Brightwell said he’s working deals in Broomfield, Littleton, Thorton, and near University Park on Monaco and Evans.

“Our growth plan is to open four to five locations a year for the next five years company wide,” Brightwell said.