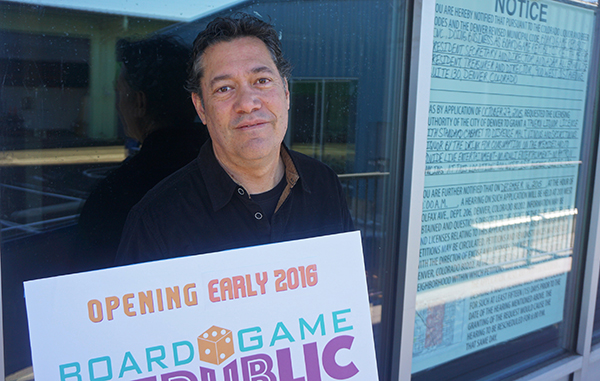 Keith Meyers and a partner are opening a new board game coffee shop. Photo by Burl Rolett.

Brews and board games are coming to a Santa Fe Drive development.

Longtime board gamers Keith Meyers and Adam Alleman will open Board Game Republic, a table and card game bar, at the Yard on Santa Fe next year.

Meyers – who has spent decades selling and inventing games – said he took the idea from Toronto gaming cafe Snakes and Lattes.

“Snakes and Lattes was really the impetus for it; I thought what they were doing was really great,” he said. “I’ve been in this industry for 28 years and done all the aspects of it, and retail, although I love it, is hard to make work. It’s not an impulse buy.”

Board Game Republic will launch next spring, and Meyers said it will cost about $175,000 to get the business up and running. Meyers plans to charge $5 for unlimited play on about 600 board games. And he’ll have a sandwich menu, four beers on tap and a full bar. By the end of year one, Board Game Republic wants to have about 1,000 games on-site.

“Being at the very south end of the Art District and four blocks from the south end of SoBo seemed right,” Meyers said. “And it was something we could afford.”

Board Game Republic has been in the works for about a year in a half, Meyers said. He was working on a similar idea with two other partners, but one dropped out of the project. Meanwhile, Meyers said, Alleman was working on his own board game cafe with an entirely separate group.

At first Meyers estimates the company will make more money on food and drinks than gaming charges. He said the two pieces could even out later, especially if Board Game Republic is able to charge more for gaming on busy nights and weekends.

Board Game Republic isn’t the first Denver company to roll the dice on the business model. Enchanted Grounds has been running a similar business for about nine years in Highlands Ranch.

Meyers said he thinks nostalgic millennials are driving renewed interest in board games. He said the cafe concept is a good one because younger adults live in smaller apartments without room for board game get-togethers or closet space to store stacks of games.

But he’s also hoping to appeal to parents that want to get their kids off of phones, tablets, TVs and computers.

“You have parents who loved games who have kids that they want to grow up playing those games and get them away from video games,” Meyers said. “And it’s hard to go out and do anything with the kids without spending a fortune, so I think we’re a pretty economical alternative.”

Meyers has an eye for two or three more Board Game Republic locations in the Denver area and is scouting spaces in Stapleton and the Tech Center. He’s ready to launch new locations but will keep an eye on how the Santa Fe spot does first.

“We would be ready to go pretty soon, but the concept has to prove itself,” he said. “And we have to see how far people are traveling – if people are already coming in from Stapleton it might not make sense to open a second one there.” 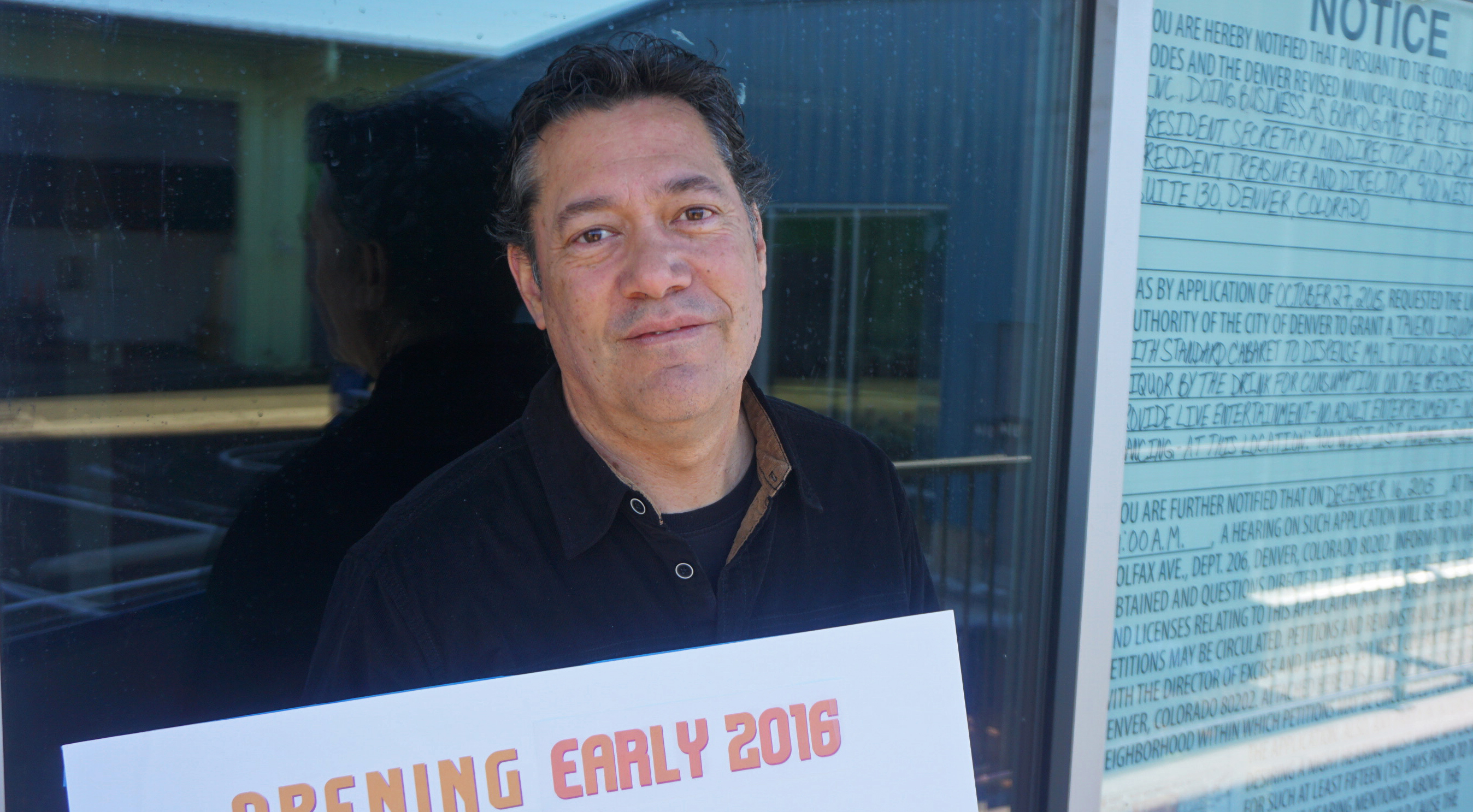 Keith Meyers and a partner are opening a new board game coffee shop. Photo by Burl Rolett.

Two board game lovers are combining a cafe and bar with a collection of hundreds of board games with a new Santa Fe Drive development as their starting space.