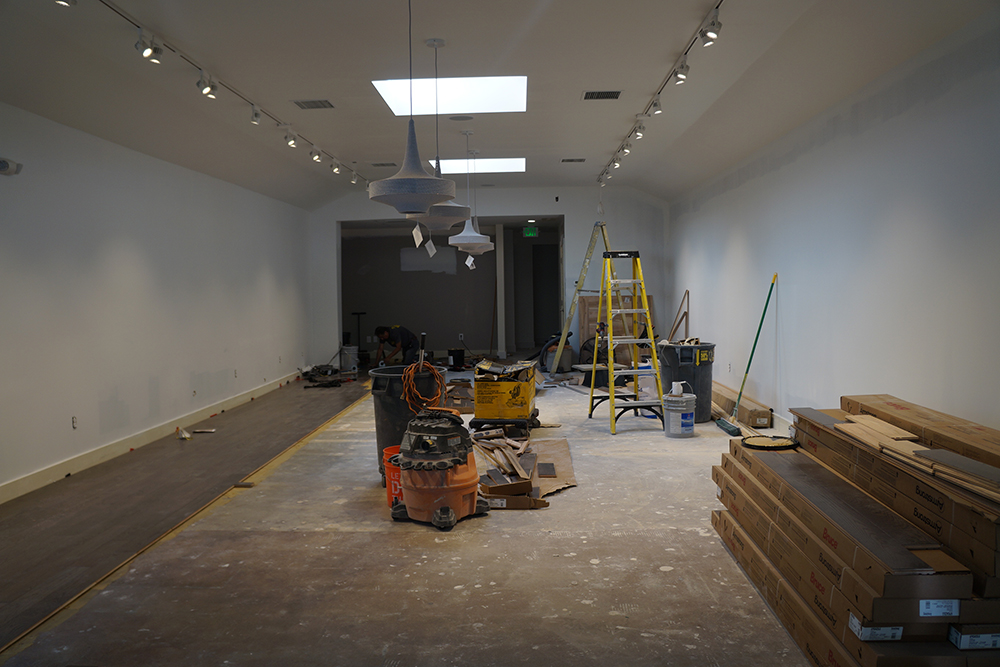 The shop at 250 Detroit St. is Margaret O’Leary’s first in Colorado. Photo by Amy DiPierro.

A San Francisco-based women’s boutique known for its knitwear is spinning a Cherry Creek outpost.

Margaret O’Leary, founded in 1990 by a clothing designer with the same name, is building out a new shop at 250 Detroit St. next door to SOL: Store of Lingerie.

Cardigans and sweaters range from $155 to $600. The shop also sells dresses, pants and tops.

This will be Margaret O’Leary’s fifteenth shop and its first in Colorado. Besides shops in California, Margaret O’Leary has stores in New York City, Boston, Chicago, Portland, Ore. and Seattle.

Signs on the door at 250 Detroit say that HIVE Construction is the contractor on the build out and that Margaret O’Leary is now taking job applications for three positions at the shop.

The boutique’s future home was previously an office of PorchLight Real Estate Group. PorchLight plans to move into a new Cherry Creek office in the fall, a company representative said.

SOL, meanwhile, plans to move into a new store at Sixth Avenue and Milwaukee, which it is currently renovating.

The shop at 250 Detroit St. is Margaret O’Leary’s first in Colorado. Photo by Amy DiPierro.

A San Francisco-based women's boutique known for its knitwear is spinning a Cherry Creek outpost.