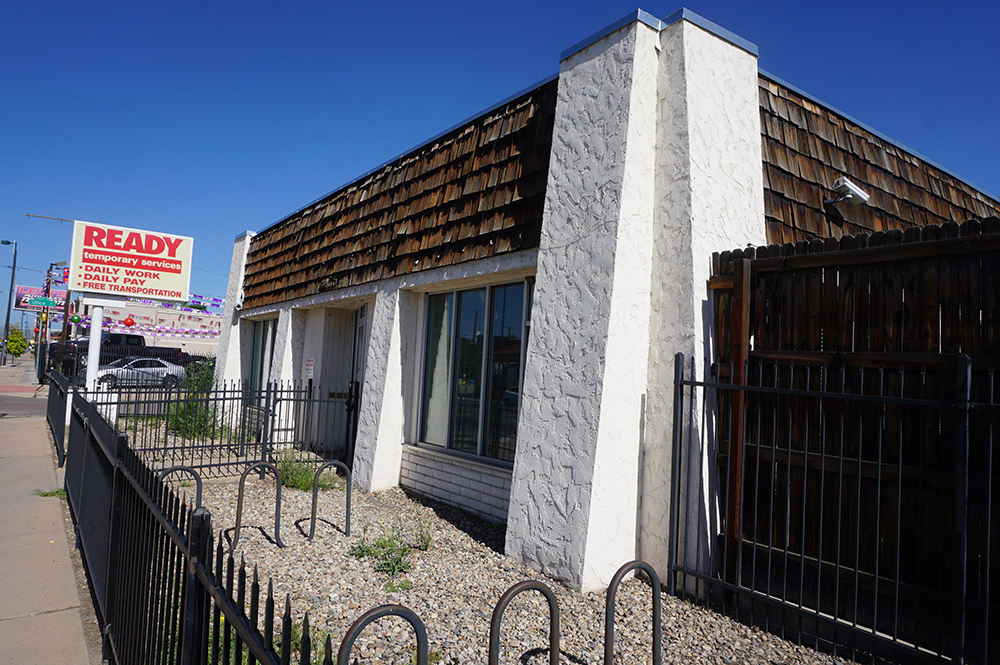 The half-acre property was purchased this month for $790,000. Photo by Burl Rolett.

For now, Tamburello said, the plan is to keep the extra land for creamery parking, but he said he’s open to potential developments.

“I’m pretty bullish on West Colfax, I think it’s a great place to be. It has a lot of upside potential, and there are more people who are starting to invest in it,” Tamburello said. “St. Anthony’s has been a catalytic project for the area, but there is a lot of stuff that is just now starting to happen.”

Generator Real Estate made its first West Colfax buy in July 2014, when it picked up a 6,300-square-foot building at 4409 W. Colfax Ave. for $425,000. Tamburello is renovating that building into a powerhouse Little Man Ice Cream kitchen, capable of churning out more than 1,500 gallons of ice cream a day.

Tamburello hopes to have that kitchen up and running by the end of the year.

The West Colfax site is zoned for up to five stories. Tamburello said he’s tossed around the idea of building apartments. He added that Generator, which specializes in retail real estate, would likely sell the site to a multifamily builders in that case, instead of developing the property.

But Tamburello didn’t rule out trying to find another use for the building.

“I don’t think there’s ever a building that isn’t reusable, but I’m an adaptive reuse guy,” Tamburello said. “Probably the highest and best use would be to take it down and go vertical, but I don’t know if Colfax is quite ready for that yet.”

The half-acre property was purchased this month for $790,000. Photo by Burl Rolett.

It's the company's second West Colfax acquisition in recent years after buying a new commercial kitchen for Little Man Ice Cream next door in 2014.