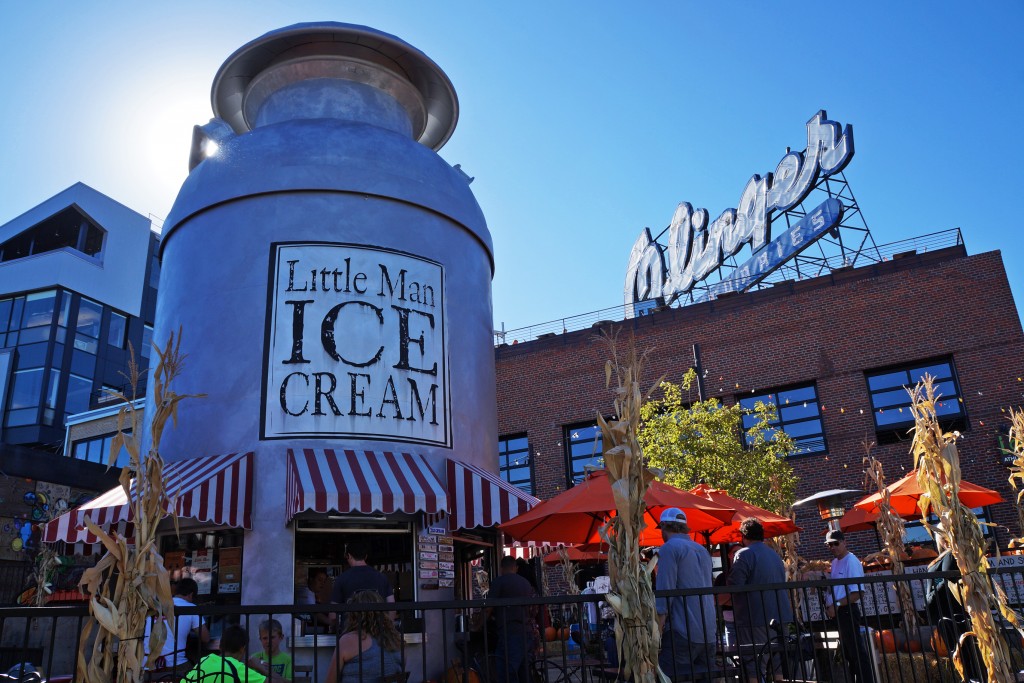 Little Man Ice Cream is growing up and into a second shop. Photos by Amy DiPierro.

The Highlands landmark is scooping out another space in addition to its 28-foot ice cream can-shaped store with a 6,300-square-foot production facility and tasting room at 4409 W. Colfax Ave.

“We’ve more than quadrupled our volume since we started. We just can’t get any more in there,” founder Paul Tamburello said.  “Our biggest challenge has been scale with what we can do in the can.”

Little Man can make 350 gallons a day in its current commercial kitchen in a Victorian house at West 32nd Avenue and Tejon Street, Little Man General Manager Loren Martinez said.  The ice cream is sold at the eye-catching Highlands hotspot and through wholesale accounts. 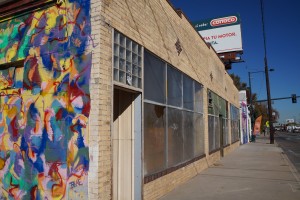 Little Man will open its tasting room near the intersection of West Colfax Avenue and Tennyson Street.

And that, Tamburello said, will cut down the waiting list for potential clients.

“We have wholesale customers that want us to do stuff,” he said. “And we can’t. We’re just completely maxed out.”

Taking a seat at the new joint, due to open in the spring, will be an experience somewhere between sampling beers at New Belgium and walking into a certain 1970s Gene Wilder flick, Tamburello said.

“We call ourselves a small-batch tasting room,” he said. “There’s also going to be this Willy Wonka-esque experience. It’s going to be active. We’re going to be making the ice cream and baking all around you.”

Rather than serve by the scoop like at the Can, visitors can order a “flight” of ice cream with three to four samples of the latest flavors. The tasting room will seat between 25 and 30 people.

A Denver native, Tamburello studied theology before ending up in real estate and developing the Highland Lofts, as well as Root Down and Linger restaurants. He launched Little Man in 2008 to create a neighborhood hub, he said. The shop’s outdoor plaza hosts events from hula-hooping to live music most nights of the week.

Tamburello is now an owner and broker at Generator Real Estate. His latest project in Sunnyside, Cobbler’s Corner, will comprise 5,200 square feet of renovated restaurant and retail space and 9,000 square feet of new construction between two buildings. It is set two open in the next two to three months, he said.

There’s one thing fans should not expect to see at the new Little Man tasting room: another can. The original cost $250,000 to build, and Tamburello wants to make sure the place remains a landmark for the neighborhood and for tourists.

“It’s this incredibly iconic structure,” he said. “We’ve literally been written up in magazines in Japan and Mexico. All day long, we have tour buses that come by.”

Little Man Ice Cream is growing up and into a second shop. Photos by Amy DiPierro.

The hard-to-miss ice cream shop in the Highlands is going for a second helping with a beer tasting room-style second location near Sloan's Lake.