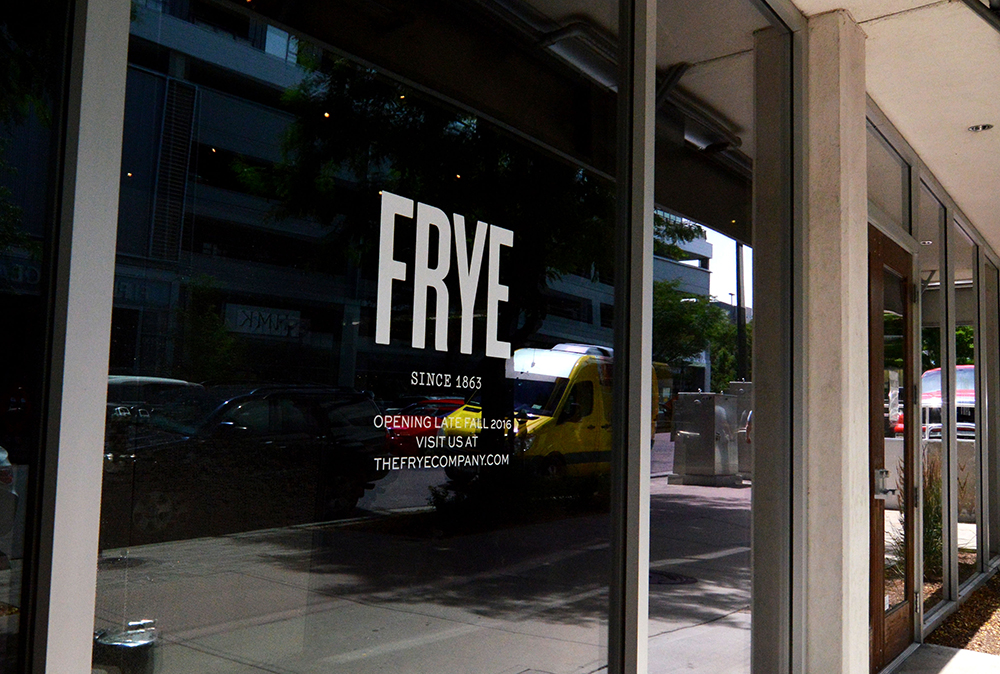 A boot company from back East is stepping to Cherry Creek.

New York-based leather retailer Frye chose Denver for its ninth store and is set to open in the former Penzeyes Spice shop at 200 Fillmore St. The 2,200-square-foot space already has the Frye logo in the window.

Frye’s shoes range in price from $88 for a child’s shoe to $898 for a men’s lace-up shoe. The store also sells bags and leather care accessories.

The Denver location will include boot warmers and a fireplace to appeal to Colorado customers escaping cold weather, according to a company spokeswoman.

Though Frye has made leather shoes since 1863, it opened its first retail location in New York City in 2011, followed by Boston, Chicago and Georgetown, in Washington, D.C. In 2015, four more stores opened across the United States.

The Denver location is one of four opening in 2016.