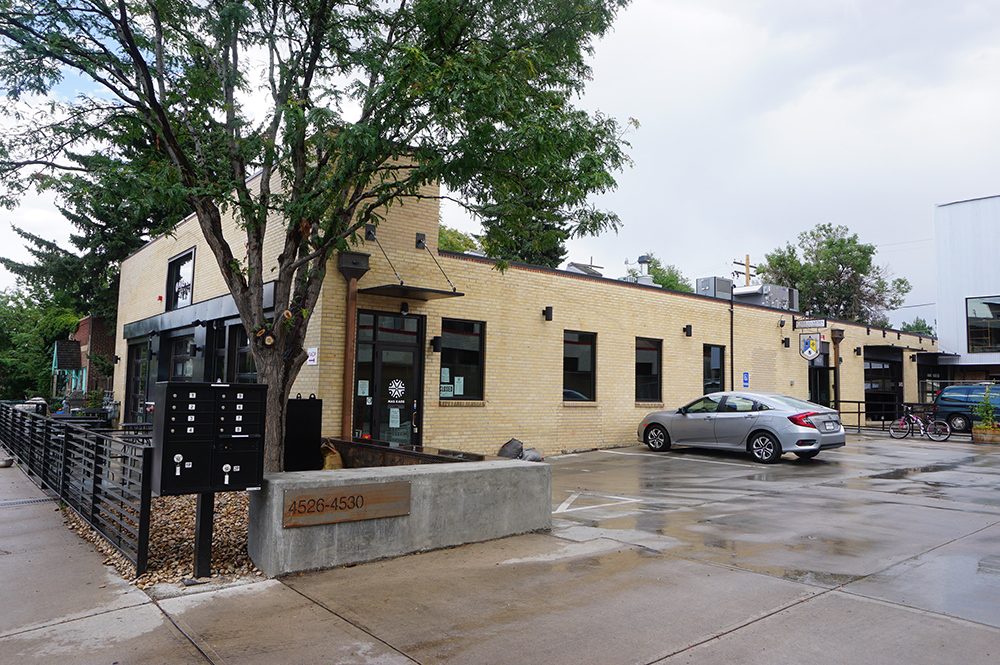 The property formerly housed John’s Garage, before a purchase in 2014 for just over $1 million. Photo by Burl Rolett.

Less than a year after its first tenant moved into a renovated garage, a Tennyson Street building has new owners.

HLS Investments bought a converted garage building that now houses Call to Arms Brewing Co. and restaurant Mas Kaos for $3.7 million. HLS managing partner Craig Lessard said he liked the property’s location at the top of Tennyson Street. He plans to keep the building as is.

“We’re looking for cash-flow opportunities, and we think this is A-plus real estate,” Lessard said. “We think it has two great tenants and provides good cash flow today, and we think it will be great cash flow in a decade.”

The property was formerly John’s Garage, a motorcycle garage owned by John Sawazhki at 4526 Tennyson St. Real estate firm Revesco Properties bought the garage in 2014 for $1.05 million, renovated it and rented to the brewery and restaurant. 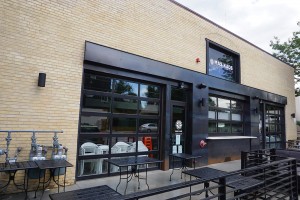 Restaurant Mas Kaos is one of two shops renting the property from HLS. Photo by Burl Rolett.

Lessard, who manages HLS investments with two other partners, said his group submitted a letter of intent on the property just days after it hit the market in February. The building fit in the company’s $1 million to $4 million target range, Lessard said, and HLS already knew the owners at Call to Arms Brewing.

HLS financed the acquisition with a loan from Guaranty Bank and closed the deal on June 24.

Sheflin said Revesco kept the bones of the building but renovated the interior, and added Call to Arms Brewing Co.’s back office space since buying the garage two years ago.

John’s Garage was a hot listing as soon as Sheflin and Carnes listed it.

“We had an unbelievable amount of interest,” Sheflin said. “That’s a really hot area, and you have two brand new, triple-net tenants on seven-year leases with an attractive cap rate.”

He said Lessard and his partners’ existing relationship with the tenants helped them win the deal.

“They had an emotional involvement and an excitement level for the success of the project,” Sheflin said. “And because of who the purchasing team was comprised of, we had the most confidence in them to get the deal done without any games.”

The property formerly housed John’s Garage, before a purchase in 2014 for just over $1 million. Photo by Burl Rolett.